Maureen O’Reilly and her younger sister flee Ireland in hopes of claiming the life promised their father over twenty years before.

But after surviving the rigors of Ellis Island, Maureen learns that their NYC benefactor, Colonel Wakefield, has died, and his family, refusing to own his Civil War debt, casts her out.

Alone, impoverished, and in danger of deportation, Maureen connives to obtain employment in a prominent department store. But she soon discovers that the elegant façade hides a secret that threatens every vulnerable woman in the city.

Despite her family’s disapproval, Olivia Wakefield determines to honor her father’s debt, but can’t find Maureen. Unexpected help comes from a local businessman, who Olivia sees as more than an ally, even as she fears the secrets he’s hiding.

As women begin disappearing from the store, Olivia rallies influential ladies in her circle to help Maureen take a stand against injustice and fight for the lives of their growing band of sisters. But can either woman open her heart to divine leading, or the love that might bring? 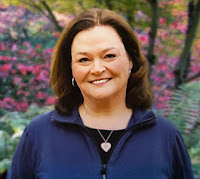 Author Bio:
Cathy Gohlke is the two-time Christy Award–winning author of William Henry is a Fine Name and I Have Seen Him in the Watchfires, which also won the American Christian Fiction Writers’ Book of the Year Award and was listed by Library Journal as one of the Best Books of 2008. Her newest book, Promise Me This, was released February 1, 2012. Her next book, Band of Sisters, will release September, 2012.

Cathy has worked as a school librarian, drama director, and director of children’s and education ministries. When not traipsing the hills and dales of historic sites, she, her husband, and their dog, Reilly, make their home on the banks of the Laurel Run in Maryland.

I loved this story, and the pages almost turned themselves. We begin in County Meath Ireland, not far from Dublin where the O'Reilly sister's [Maureen and Katie Rose] have just buried their Mother.
Their Dear Aunt, their Mother's sister, loves them and helps them with some money to leave Ireland and come to the US.
Their adventure has begun!! Along with them immigrating is a young fellow they know named Joshua Keenan, who Maureen does not trust. She actually doesn't trust anyone, and is trying to take care of her thirteen year old sister. What the sister's do have is a letter from Colonel Wakefield, stating he wants to set her Dad's son in business. He is indebted to him for saving his life! When Maureen goes to his home she finds that he has died and is crulely turned away by Drake Meitland, who burns her letter.
Now Maureen's is penniless and without home or job. She does have a friend in Mrs Melkford, from the Missionary Aid Society, she is Heaven sent.
Maureen also met a shady character, she could tell by his smile, Jamie Flynn, who thrust $30 at her and tells her where she can obtain a job. After what has happened she goes and gets a clerking job at Darcy's Department Store. When things start to not add up and some of her friends begin to go missing, she doesn't know what to do. Olivia Wakefield and her Sister Dorothy belong to a Church Group to help people. They decide to read In His Step's by Charles Sheldon, "What Would Jesus Do". Olivia also attempts to find anything she can in her Dad's paper's about the O'Reilly's. In the end she tries to find Maureen and Katie Rose.
I found Katie Rose to not be very endearing...like a spoiled brat, but considering the poverty they came from in Ireland, and what they are now experiencing in the US, I kind of understand.
We are about to journey to the dark underground of life in the US...White Slavery. Cathy Gohlke has worked this subject into this story in such a way that it touches today's current problems.
While I could not put this book down until the end, some of the injustice is still happening. I would love to able to sit down and be with these strong woman, and find out what happens in later life.

I received this book from Tyndale House Publishers, and was not required to give a positive review.