“Not my iPod!” Jeremy Lapoint’s day plunges to record lows when Sid Lundahl and his crew stomp the only nice thing he owns-and Jeremy gets in trouble for fighting. With Dad in prison and Mom struggling to scrape by, Jeremy’s life seems hopeless.

Until he has this urge to … fly.

One leap and Jeremy soars through the air. With this and his other new-found powers, life is suddenly amazing, wonderful. Until a real-live demon chases him through the school hallways, terrifying him and making him a freak to his schoolmates. He’s the only one who can see the monster. Jeremy wonders if the flying thing’s worth it.

But during the chase, Asiel, Jeremy’s guardian angel, wields his sword and battles off the demon. Later Asiel explains that Jeremy’s a Nephilim: half human and half angel. Jeremy’s shocked. His quest to uncover how he got like this sends him to the Higher Humanity Institute where he meets other Nephilim like him along with a slew of enemies-both human and … not.

In the midst of his strange and dangerous struggles, Jeremy also receives the peace and love he’s always longed for but never knew. When called to lead an angelic battle for the truth, will Jeremy cling to the One who can win the war or let his old doubts and fears overtake him?

Fun, danger, friendship, mystery, and faith-along with awesome angels and demons-fill the pages of this exciting book. A must-read for kids (and grownups) craving adventure with a life-changing message. 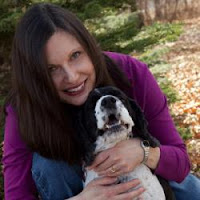 Meet Kathryn:
When Kathryn Dahlstrom’s husband was transferred to Los Angeles, she traded Minnesota’s black-bear country for the inner-city and taught children at a Child Evangelism Fellowship Good News Club in Watts. She also began her writing career. In addition to writing six titles in the Good News Club children’s fiction series published by Child Evangelism Fellowship Press, the author is also a screenwriter and film producer.
Currently, she and her husband, Tim, live on wooded acreage north of Minneapolis/St. Paul where they care for her mother. They also have an adult daughter, Kristina.

Find out more about Kathryn at http://www.kathryndahlstrom.com.

Link to buy the book:
http://ow.ly/dDUau

You begin this book by feeling sorry for poor Jeremy Lapoint, his young life has taken a downward spiral. They are living in poverty, and his Dad is in prison for robbery. He is also being bullied by Sid and his gang, one destroying his new ipod.
He is so devastated, and angry....and surprises himself and jumps so high, from this he begins to fly. He goes back to school, and is now able to see real demons. When he avoids one, everyone sees him flying. Not good, now he has made the news. Things are going from bad to worse at school, and when an offer comes to go to The Higher Humanity Institute he sees this as an answer.
What a great story for young teens to read, good over evil. We meet Jeremy's guardian angel, Asiel. You be turning the pages to see how the battles are going to come out. Who is going to be injured and die. We learn about Nephilim's, part Angel and part human. He makes new friends, and enemies...don't miss this great read.

I received this book through Litfuse Publicity Tours, and was not required to give a positive review.