Prayers for the Dying by Suzanne Jenkins

The fourth book in the Pam of Babylon Series, Prayers for the Dying exposes more of what Kirkus Review said about Dream Lover, “A gritty, realistic portrait of the aftermath of deceit.” Jack Smith’s victims attempt to move forward while grappling with the pain and horror that he left behind. Pam makes a few startling revelations about herself, while Sandra hopes for a future with exciting expectations. Marie is in a most unlikely place, with the happiest news in the bleakest circumstances. Ashton’s story of a lifetime love affair with Jack is finally told, with its heartache revealed. 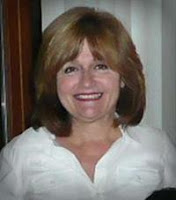 Welcome to my imagination! The Pam of Babylon Series, and the soon-to-be released The Greeks of Beaubien Street, are all creations of a rich and sometimes devilish dream life. Don’t worry—you won’t see yourself in any of my books, but if you do, it’s just a coincidence…

I live in the west Michigan lakeshore area with my husband of forty-three years, who is a saint, by the way, and two dogs: Nicky, an elderly Boston terrier, and Oscar, a six-year-old mixed shepherd-type doggie. We have two aged sheep, Spot and Slick, cousins from New Jersey.
http://suzannejenkins.net/
https://www.facebook.com/suzannejenkinswriter?ref=ts
https://twitter.com/suzannejenkins3

Wow! I've just finished this compelling page turner...it is the fourth book in the series of Pam of Babylon. We meet all of our old friends again, and find out more about Jack Smith. He really was a "ME" person. Only out for his own satisfaction, and we visit with the survivors he has left behind.
As we observe the beginning of the first Holiday season without him. Pam is still having a hard time, but Dave seems to be there for her. We wrap up some of the loose pieces, or the end of some of the Jack's featured players. Some of them so needy to be with him, he knew how to pick them to fit his needs. He was one "sick" individual.
There are more, if you can believe it, shocking discoveries, and we wonder where or when it is all going to end. For me Pam is a trooper, and having to tell her Children about her AIDS had to be terrifying.
If you have never read any of the books in this series, don't miss this one. Yes it can be read alone, but read the others also...they are excellent.

I received this book from the Author Suzanne Jenkins, and was not required to give a positive review.