Guest Post with Anthony Caplan, author of Latitudes; A Story of Coming Home

About Latitudes: A Story of Coming Home LATITUDES – A story of one boy overcoming dysfuntion, dislocation and distance… When Father and Mother, a highflying young American lawyer and his party-hard bride, fall prey to the self-destructive lure of alcohol and sexual liberation, Will and his sisters pay the price in divorce and kidnappings that take them back and forth between the rain forest hideaways of coastal Latin America and the placid suburbs of Long Island. Will identifies with the oppressed workers laboring in his father’s fast food restaurant and longs for American freedom. Father remarries the daughter of a local aristocrat, and Will is sent off to the hothouse world of a New England boarding school.
Swimming in a sea of Fair Isle sweaters and LL Bean boots, Will discovers a core of resilience in himself that allows him to survive, thrive, and ultimately embrace the flawed and varied worlds he inhabits. Will reconnects with his Mother, sinking into a New York City world of Irish bars and one night stands he cannot save her from. With a little help from friends, and a high school Shakespeare class taught by the school’s closeted gay athletic trainer, Will begins to see the possibility of finding his true path. Latitudes charts the birth pangs of a quest for self and soul — from a tropical childhood to a coming of age on the road.
You can purchase the book in kindle or book format at Amazon.
Follow along on the Latitudes Virtual Book Tour at Pump Up Your Book
Read the blog at The New Remembrance
https://twitter.com/anthonycaplan1
http://www.anthonycaplanwrites.com/
http://www.facebook.com/pages/Anthony-Caplan/348326781857597


13 Things About Latitudes 1. Will Kogan is the oldest son of Duncan and Margaret Kogan.
2. The story starts with the death of Margaret in New Hampshire.
3. The four Kogan siblings meet up in Boston.
4. Margaret and Duncan separated when Will was ten.
5. Duncan lives in Europe with his second wife Cecilia. 6. Will is a travel writer who lives in Southern California.
7. As children, the siblings were separated by a series of kidnappings.
8. Will and his oldest sister lived for a time on a rain forest coffee plantation, hiding out from Margaret.
9. Duncan wanted Will and his sisters to speak only Spanish so they would fit in with his new wife's family.
10. Will was sent to a boarding school.
11. Will's English teacher was gay.
12. Will wanted to fit in but couldn't. Cecilia knew why he was different.
13. Will gives a little girl at the airport a card that reads To Remember the Good Times Reach for the Sky. 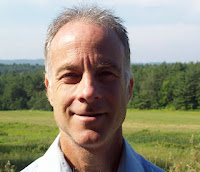 About Anthony Caplan Anthony Caplan is an independent writer, teacher and homesteader in northern New England. He has worked at various times as a shrimp fisherman, environmental activist, journalist, taxi-driver, builder, window-washer, and telemarketer. Currently, Caplan is working on restoring a 150 year old farmstead where he and his family tend sheep and chickens, grow most of their own vegetables, and have started a small apple orchard from scratch.