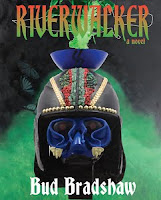 About RIVERWALKER
RIVERWALKER features the character debut of San Antonio PD veteran detective Gifford Holloway, a former Special Agent with Army Intelligence. Holloway is in pursuit of the most despicable of criminals, a savage murderer who victimizes children and dumps their remains in the water and along the banks of San Antonio’s beautiful and world-renowned Riverwalk attraction.

Frustrated at the lack of progress on the case and spurred on by an encounter with the mysterious Madame Candelaria, a local psychic, Holloway contemplates calling upon his special gift of “seeing”, though officially off-limits within the SAPD, to help solve the case and bring an end to the terror. Along the way, Holloway finds an ally in the capable and sensuous newspaper reporter, Salma Veramendi, who carries her own history of abuse.

On the bend of the river looms Adler’s Antiques, a historical landmark owned and operated by Wolff Adler, a drug-pumping psychopath descended from a familial line of predators dating back to post-World War I Germany. Himself a victim of horrendous child abuse, Adler is the offspring of a Nazi father and a Mexican bruja, a witch who practiced the “old” religion. Operating from deep within his secret lair beneath the Alamo, San Antonio’s most recognizable and sacred shrine, Adler assumes the guise of Tlaloc, Aztec god of storm, thunder, and … child sacrifice. Adler’s demonic reign of terror, acting upon a distorted internal belief system – a synthesis of Norse mythology and ancient Aztec practices – has a stranglehold on the residents of San Antonio. Wolff Adler has become the RiverWalker.

When his own daughter is suddenly abducted, Holloway pulls out all the stops and, with Salma by his side, closes in on the killer in a gripping climax. 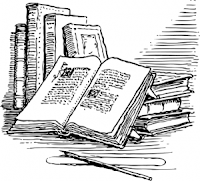 “…..Holloway squinted, eyes straining through the shimmering candlelight. What he saw perplexed him. A series of bizarre symbols and figures had been incorporated into the design of this board, some around the perimeter, some more centrally located. ‘No, Lieutenant, it’s not a Ouija board,’ Madam Candelaria croaked, her voice suddenly deeper. ‘This is called la Tabletta que hable. The Tablet that speaks. This Tablet, Lieutenant, is far more powerful than any Ouija board. In fact, this one can be quite deadly.” (RIVERWALKER, Ch. 3: “Madam Candelaria”).

“…..Suddenly, with a gasp, she stopped. Her eyes flew fully open, whites above the irises. “Retribution!” she rasped. Holloway’s eyes were riveted to hers. The old woman seemed genuinely afraid. The lips on her contorted face trembled, sending a thin river of spittle dribbling downward from the corner of her mouth. Again she spoke. “The Beast has awakened. The River Beast of San Antonio.” (RIVERWALKER, Ch. 3: “Madam Candelaria”)

“…There, in the stillness of inner earth he paused, darkness within darkness, coiled evil, the only sounds the pulse in his ears, his own breathing, and the soft hiss of the San Antonio river, fifteen feet away.” (RIVERWALKER, Ch. 20: “Lair”)

“…For a long moment, she was still. Then she felt her own heart beat, felt the breeze, sweet and warm, rush into her lungs, felt her lashes flutter as the river’s cool caress brushed her cheek. Slowly, Salma pulled her sunglasses down over her tear-brimmed eyes, picked up her thermos and attaché, and quietly walked away, knowing she was loved but not knowing why she cried.” (RIVERWALKER, Ch.5: “Salma”)

“…Otto stood in his kitchen and read how all three victims had been mutilated in the same way, with symbols carved into their skin. ‘Animal figures,’ the article said. ‘Possibly Aztec in design.’” (RIVERWALKER, Ch. 12: “Heinrich”) 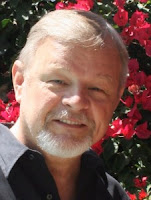 Author Bud Bradshaw Bud Bradshaw’s fictional work, “RIVERWALKER,” is his second work, the first being “BRANDISHING,” the true-crime story of the California Highway Patrol’s worst tragedy. His previous formal writing experience consisted of med-legal report writing – chiefly as a Qualified Medical Evaluator and Disability Evaluator – and Intelligence report writing while he served as a Special Agent with the Army’s 109th MI Group from 1969-71.

As an artist, Bradshaw’s work focuses on military history and the American West. Many of his paintings, prints, and Giclees appear in private collections and museums in the U.S., Canada, England, Europe, Hong Kong, and Australia. He is a member of the Western Artists of America.

Along the way, Bradshaw worked as a professional musician while earning his B.S. and D.C. degrees. You may view his web site and blog at www.budbradshaw.com/blog

Q.What motivated you to write the book?
A.The initial motivation stemmed from the desire to construct a reasonably entertaining ghost story. I had always been intrigued with the story possibilities involving the ghosts, goblins, and ghouls and various other Halloweenesque elements from childhood, and therefore felt I had the wherewithal to do it successfully.

Q: What is the single most useful thing you have learned and how has it helped you as a writer?
A.Relative to "RIVERWALKER," the single most useful thing I learned was that a seemingly simple story can become very complex, very quickly. It helped me see how we should never underestimate story possibilities as we precede in their construction; we need to keep the outline open and flexible and allow the characters their individual voices.
Q: What would you say are your main literary influences?

A. I grew up reading the adventure classics by Robert Louis Stevenson. In junior high, Poe got me off and running ("...and the silken, sad, uncertain rustling of each purple curtain...." Who can resist that?); he was accompanied by Rod Serling, Ray Bradbury, Alfred Hitchcock in the thriller/suspense/paranormal genres; Hemingway and Steinbeck showed up along the way and, later on, Joseph Wambaugh, Truman Capote, and Thomas Harris.