The Bridesmaid by Beverly Lewis

Twenty-seven-year-old Joanna Kurtz has made several trips to the altar, but never as a bride. The single young Amishwoman is a closet writer with a longing to be published--something practically unheard of in her Lancaster County community. Yet Joanna's stories aren't her only secret. She also has a beau who is courting her from afar, unbeknownst even to her sister, Cora, who, though younger, seems to have suitors to spare.

Eben Troyer is a responsible young Amishman who hopes to make Joanna Kurtz his bride--if he can ever leave his parents' farm in Shipshewana, Indiana. Yet with his only brother off in the English world, intent on a military career, Eben's hopes for building a life with his dear Joanna are dimming, and patience is wearing thin. Will Joanna ever be more than a bridesmaid? 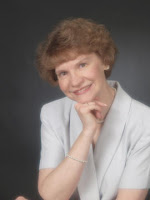 Beverly Lewis is The New York Times bestselling author of more than eighty books. Her stories have been published in eleven languages worldwide. A keen interest in her mother's Plain heritage and that she was born in the heart of Pennsylvania Dutch country, has inspired Beverly to write many Amish-related novels, beginning with The Shunning, which has sold more than one million copies and was recently made into an Original Hallmark Channel movie. In 2007 The Brethren was honored with a Christy Award. She has been interviewed by both national and international media, including Time magazine, the Associated Press, and the BBC. Beverly lives with her husband in Colorado.

I have read all of Beverly Lewis's books I can get my hands on. This is another sweet Amish story. Joanna Kurtz has been a bridesmaid several times, and her sister Cora Jane is always reminding her. Joanna at 24 is almost considered a old maid.
Eben Troyer from Shipshewana, Indiana and Joanna from Hickory Hollow, PA have a chance meeting on a beach in VA. Guess not to far fetched considering they are all there to pay their respects to her Uncle who has passed...he is an Amish Bishop.
Eben and Joanna are able to spend three glorious days together, and then promise to write. So begins a long distance romance. Can they ever get together? So many miles. Eben's family need him in order to keep their farm going...his brother has left and gone English. Joanna's roots are deep in Hickory Hollow, can she give everything she loves up?
I loved spending time with these families....the meals, quilting bees, the gardening and canning. Visits with loved one, and new babes....feel good moments. Enjoy this fast great read! Hard to put down once you begin!!

I received this book through Net Galley and the publisher Bethany House, and was not required to give a positive review.