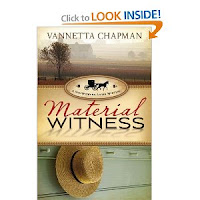 A Shipshewana Amish Mystery Tragedy strikes on the opening night of the Fall Crafters Fair when a woman is killed in the parking lot of Daisy's Quilt Shop, and the only material witness is one of Melinda Byer's boys. The investigation takes a more bizarre turn when detective Shane Black becomes convinced the killer was actually after Callie. This time it's a madman loose in the largest crowd of the year, and he's looking for something or someone. If they can't figure out what, one of Deborah and Callie's close circle of friends may be next. Masked identities, antique quilts with hidden messages, an Amish boy whose handicap makes him stronger, one brave dog, and a possible hidden treasure ... this time it's nonstop action, danger, and a dash of romance. 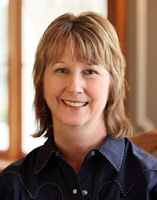 About the Author
Vannetta Chapman has published over one hundred articles in Christian family magazines, receiving over two dozen awards from Romance Writers of America chapter groups. She discovered her love for the Amish while researching her grandfather's birthplace of Albion, Pennsylvania. Her first novel, A Simple Amish Christmas, quickly became a bestseller. Chapman lives in the Texas hill country with her husband.

Just finished another great visit with Callie, and her Amish girlfriends. Deborah, Esther, and Melinda who have made Callie an honorary sister. When the owner of the other fabric shop is found dead in Callie's parking lot, and the murder witnessed by young Aaron, Melinda's young handicapped son. You have to think...not again?? Mrs Knepp, the deceased has never liked Callie, but why was she murdered?
The only thing they can think of is the quilts that an elderly Amish woman left the four of them. Mrs Hochstetler, gave these quilts to them to be restored, and the money split.
Do the quilts that appear to tell a story hold a clue to this murder? Shane Black the Police Detective, has feelings for Callie, he had arrested her in the first Shipshewana mystery. Will things move forward with them, and will they even survive who ever seems bent on killing. He has even attacked Max, Callie's Aunt's dog that she inherited.
I read this book in less than a day, and couldn't put it down. I want to spend my days visiting with this great friends.