London-Fall, 1888 The city is in a panic as Jack the Ripper continues his murderous spree. While the Whitechapel police struggle to find him, Detective Inspector Rudyard Bloodstone and his partner are working feverishly to find their own serial killer. The British Museum's beautiful gardens have become a killing ground for young women strangled as they stroll through. Their investigation has them brushing up against Viscount Everhard, a powerful member of the House of Lords, and a friend to Queen Victoria. When the circumstantial evidence points to him as a suspect, Rudyard must deal with the political blowback, and knows if they are going to go after the viscount, they'd better be right and have proof. As the body count grows and the public clamor for the detectives to do more, inter-department rivalries complicate the already difficult case. Silk on the skin—luxurious, luscious..lethal. 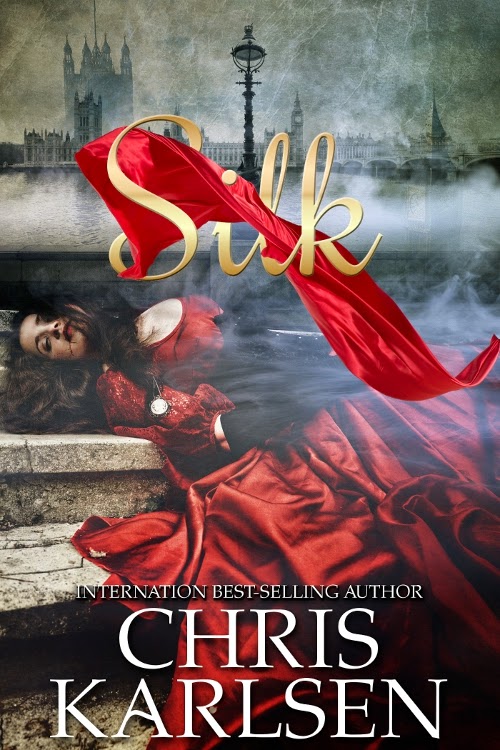 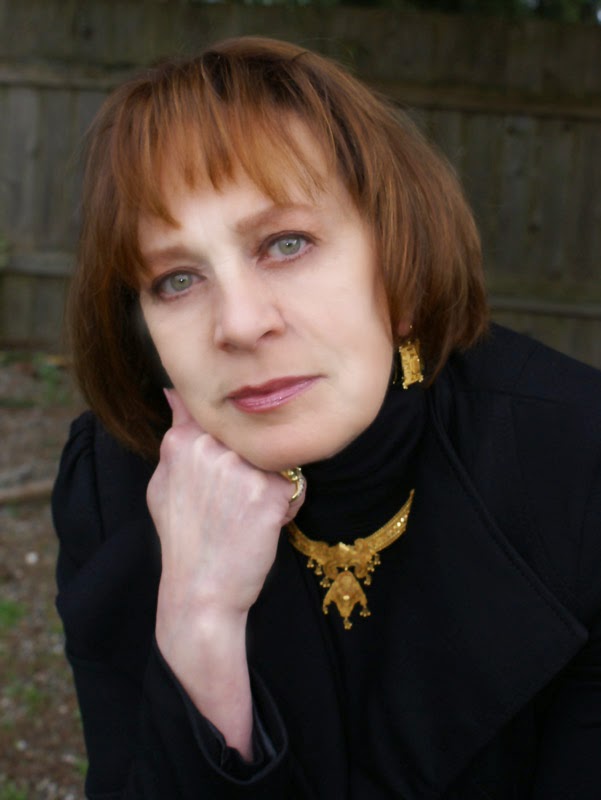 I was born and raised in Chicago. My father was a history professor and my mother was, and is, a voracious reader. I grew up with a love of history and books.

My parents also love traveling, a passion they passed onto me. I wanted to see the places I read about, see the land and monuments from the time periods that fascinated me. I’ve had the good fortune to travel extensively throughout Europe, the Near East, and North Africa.

I am a retired police detective. I spent twenty-five years in law enforcement with two different agencies. My desire to write came in my early teens. After I retired, I decided to pursue that dream. I write two different series. My paranormal romance series is called, Knights in Time. My romantic thriller series is, Dangerous Waters.

I currently live in the Pacific Northwest with my husband, four rescue dogs and a rescue horse.

Excerpt
Excerpt He wrapped an end in each hand and pulled. His fingers crept up the silk and he tugged a bit harder still. The material pressed deeper into the flesh of her neck. Bright pink dotted her cheeks and radiated down to her jaw. The veins in her temples popped out and pulsed in time to her heartbeat. She moaned, pushed her hips upward and writhed against him. Her soft pubic hair tickled his testicles. Isabeau’s unsubtle way of letting him know she wanted him inside her. He obliged. Her hands encircled his wrists. She tugged hard outward, harder than usual. A choked sigh escaped her. He paid no attention. This was standard. Isabeau always insisted he maintain pressure until she signaled for him to release his hold. In the past, when she reached the edge of consciousness, she’d beat along his upper arms. This time she thrashed her head back and forth, something he hadn’t seen before. Her eyes bulged in an unattractive way and she clawed at him. Her nails gouged the skin on his hands, drawing blood. She hurt him and he wanted to slap her. He almost let go of one end of the scarf to do that. Instead, he pulled tighter. Isabeau tried to insert her fingers into the spot where the material crossed over. Her mouth opened and shut, soundless and fishlike. She swatted at the mattress wildly. Red-faced to the point of being near purple, she bucked beneath him. She fired his blood with her lack of inhibition. Never had she responded with such intensity. Raw power surged through him, primitive, animalistic. He pumped hard. Ready to climax, William clenched his fists, twisting the scarf one last turn. Odd, feathery touches tapped his biceps, feminine and subtle grazes, and then she went limp. Spent, he released his hold and collapsed on top of her, his heart pounding while he caught his breath. Isabeau didn’t move and her head stayed turned to the side. She hadn’t cried out the way she normally did when sated. Perhaps she was disappointed with his effort. He gave the thought a mental shrug. At the end of the day, it really didn’t matter. He’d arrange for her departure first thing in the morning. William rolled over and slung a sweaty arm over his eyes. He tried to decide which was worse, telling her tonight the affair was over or waiting until morning. The idea of doing it after such a rambunctious sexual endeavor seemed bad form, but he wanted to get it over with. He turned onto his side, prepared for histrionics, caterwauling, great tears and verbal abuse. “Isabeau, look at me. I’ve come to a decision and it will likely distress you.” Nothing. She didn’t stir. “Isabeau?” He shook her by the arm. Still no response. William let go and her arm dropped listless to the mattress. He raised her arm again and let go. Again, it fell listless. He straddled her and patted her cheeks. Nothing. Her head twisted without resistance first right then left depending on the direction of his pat. He slapped her harder. Nothing. Vacant eyes stared fixed on the ceiling. He bent an ear to her chest. Nothing. William leapt from the bed, snatched a silver mirror from the dressing table, and held it under her nose.

a Rafflecopter giveaway
at February 06, 2015