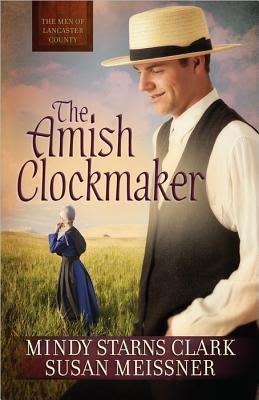 From bestselling authors Mindy Starns Clark and Susan Meissner, The Amish Clockmaker (Book 3 in the Men of Lancaster County series) explores the men of an Amish community in Lancaster County, how their Amish beliefs play out in their unique roles, and the women who change their lives.

Newlywed Matthew Zook is expanding his family's tack and feed store when a surprising property dispute puts the remodel on hold--and raises new questions about the location's mysterious past.

Decades earlier, the same building housed a clock shop run by a young Amish clockmaker named Clayton Raber. Known for his hot temper, Clayton was arrested for the murder of his beloved wife, a crime almost everyone--including his own family members--believed he'd committed, even after charges were dropped. Isolated and feeling condemned by all, Clayton eventually broke from the church, left Lancaster County, and was never heard from again.

Now the only way Matthew can solve the boundary issue and save his family's business is to track down the clockmaker. But does this put Matthew on the trail of a murderer?

A timeless novel of truth, commitment, and the power of enduring love, where secrets of the past give way to hope for the future. 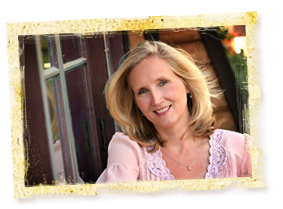 I cannot remember a time when I wasn’t driven to put my thoughts down on paper. I attribute this love for writing to a creative God and to parents who love books and more particularly to a dad who majored in English and passed on a passion for writing.
I was born and raised in San Diego, California, and am the second of three daughters. My first writings are a laughable collection of oddly worded poems and predictable stories I wrote when I was eight. My second-grade teacher gave me the journal I in which I recorded these poems and stories. To my knowledge I was the only student in her class that she gave a journal to; she must have seen promise in me. In high school my freshman composition teacher found all kinds of ways to encourage me to develop my skills as a writer. Without telling me beforehand, he read the first composition I ever wrote for him aloud to the class. That’s how much he liked it. I have never forgotten how it felt to hear him begin to read something to the entire class and realize it was something I had written.
I didn’t do a lot of writing in the years my husband was on active duty in the Air Force, when we were living overseas, or when we were raising our four children. When we moved to rural Minnesota in 1993 after seven years in the Air Force — five of them spent in Europe — I became aware of a gnawing desire to write a novel. I ignored it while the children were young, choosing to try writing articles for magazines. Nothing ever got published however, so I began to think my best days as a writer had already happened in high school with Mr. Barone.
In 1995, I was offered a job as a part-time reporter for my county newspaper. The publisher gave me my own weekly column, In 1998, I was named editor of the Mountain Lake/Butterfield Observer Advocate, the town’s weekly paper, after the county newspaper purchased it. I was honored to win several awards over the years, but the best part of my four years as editor was having my paper named the Best Weekly Newspaper in Minnesota by the Minnesota Newspaper Association in 2002.
That year became a rather pivotal one for me as a writer. My beloved paternal grandfather died in July 2002 — my Papa — and his passing had a profound effect on me. I suddenly had an incredible urge to write a book; a novel. I knew I didn’t want to come to the end of my life having only dreamed of writing one. I resigned as editor of the newspaper, which was a very hard decision to make, and set out to write Why the Sky is Blue. It took four months to write and ten months to be accepted by a publisher and I’ve been writing novels ever since. My favorite genre is contemporary fiction with a historical thread running through it.
Currently, my husband is an associate pastor at a church in San Diego, and a chaplain in the Air Force Reserves. When I’m not working on a new novel, I enjoy teaching workshops on writing and dream-following, as well as spending time with my family, listening to or making music, reading great books, and traveling. 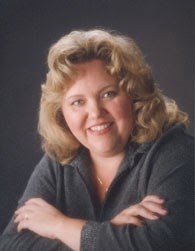 The Amish Clockmaker is a story set in two time periods, the 1950’s and the present day.
We have big business again hometown business, and big pockets again pennies. This story is also about love and forgiveness, even if it is oneself. When the story opens we are with Matthew Zook as he has made a heartfelt decision to expand and grow his families Tack and Feed Store. When the next door super business comes calling telling him he doesn’t own the property that has been in his family for sixty years, how is that possible?
We are sent down a separate story line that is equally enjoyable about a young man who is secretly in love with the neighbor girl, but because he has an injury to his leg and a facial disfigurement all due to an accident, he feels he will never marry. Circumstances work in Clayton Raber’s favor, or do they? He ends up marrying Miriam, the neighbor, but later is accused of murdering her.
As Matthew is trying to figure out his deed to his property, the two stories are about to merge to find answers to both. What a wonderful job the authors have done to make this story so enjoyable, and heartwarming, yes also tragic.
There are answers here for everyone, but will they be received in time for them to help anyone? We find a great faith in God, and hope that the winner will be leaning on him.

I received this book through Net Galley and Harvest House Publishers, and was not required to give a positive review