Remember the Lilies (Women of Courage #3) by Liz Tolsma 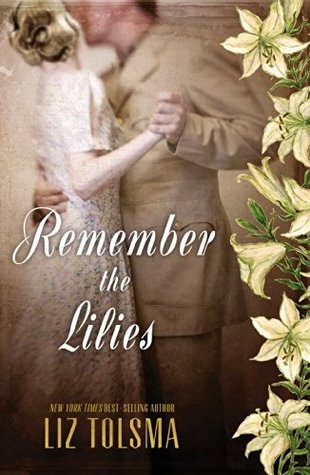 Irene and Rand come from very different walks of life. Will they find common ground in their fight to survive?

Irene has grown up in the jungle as a missionary with her Aunt Anita, but now she and countless others are imprisoned by Japanese soldiers at the Santo Tomas Internment Camp in the Philippines. Irene and her aunt are safe there, and she keeps busy with her duty of delivering censored messages to the camp’s prisoners, but like everyone else, she prays for the war to end and for her freedom. Rand is a wealthy, womanizing American, whose attempted escape from the internment camp has put himself and others in danger. When Rand and Irene’s Aunt Anita meet one another in the hospital, Irene learns more of his story and her heart is determined to save his family. But the danger outside the walls of the hospital worsens every day, and life in this exotic place is anything but luxurious. Can Irene find Rand’s family before they disappear forever? And can a humble missionary woman and an arrogant man find common ground in the face of their biggest fears?

“New York Times” best-selling author Liz Tolsma is the author of “Daisies are Forever,” “Snow on the Tulips,” and the contributing author of “A Log Cabin Christmas.” When not busy putting words to paper, Liz enjoys reading, walking, working in her large perennial garden, kayaking, and camping. She lives in Wisconsin with her husband and children, all adopted internationally.

Find out more about Liz at http://www.liztolsma.com.

The setting for Remember The Lilies is in the Philippines and we are in an internment camp, a University Campus, run by the Japanese who have control of the Island. The story seems to start around the beginning of the internment, at the beginning of WWII, when life was rough, but much different than I was expecting.
Irene and her Aunt Anita were rather poor missionaries when then are sent to the camp along with the people they were visiting with on that fateful Christmas. They have rather rough huts and very few possessions, but they are surviving. There is another part of the camp, which rather surprised me, where people with money at the time they were sent here have nicer huts and more possessions, and are doing a bit better with more food. This is where Rand, a womanizing former club owner resides.
We experience the brutality of war and the daily trials of trying to survive; through all of this Irene and her Aunt have God to lean their trials on. This verse appears several times in the book, “Consider the lilies, how they grow: they neither toil nor spin; but I tell you, not even Solomon in all his glory clothed himself like one of these” Luke 12:27.
There is an attraction between Irene and Rand, she is lovely, but definitely not his type, or is she? He also has his hidden secrets and has lived on the wild side, and we go deep into his life and who was there for him as a child.
There is evil lurking in the camp and not always in the form of the Japanese, and this individual, never saw all that was coming, blew me away. There are several twists and turns in the story, and some of the happening I was so surprised with. What a great book, and I definitely want more by this author, a captivating page-turner.
I received this book through Net Galley and the Publisher Thomas Nelson, and was not required to give a positive review.