The Dandelion Field (Zondervan, January 2015)
This handsome firefighter makes a living coming to the rescue, but Gin doesn’t need a man to fight her battles.
After Raine’s dad walked out, Ginevieve Lightly never lived in one place too long, a rambling lifestyle that defined her daughter’s youth. When their car dies in Banister Falls, Wisconsin, Gin promises Raine they can stay until she finishes her senior year of high school. Gin will do anything to make sure her daughter has a bright future . . . a future that’s compromised when Raine reveals she’s pregnant.
Dan Moretti has only ever called Banister Falls home. After losing his best friend in a tragic accident, Dan devoted himself to responding to fires, rescuing the helpless, and guiding Cody Bennett, his best friend’s son, through life. With Cody being the epitome of the good kid, it was an easy job. Until he says four little words: “The baby is mine.”
Knowing gossip of Raine’s pregnancy will erupt sooner or later in the small town, Gin’s reflex is to grab the suitcase and escape to a new city, a new life. But with each passing day, Gin’s feet stay rooted in Banister Falls, and she falls a little more for this local firefighter who shows her not all men abandon women at the first sign of smoke.
As Gin and Dan do the best they can to guide the two teenagers through their early entry into adulthood, they discover together that romance can bloom in the rockiest of situations. And God can turn the pieces of a broken past into a beautiful new beginning.


Find out more and purchase a copy at Kathryn’s website.

Kathryn Springer is a USA Today bestselling author. She grew up in northern Wisconsin, where her parents published a weekly newspaper. As a child she spent many hours sitting at her mother’s typewriter, plunking out stories, and credits her parents for instilling in her a love of books – which eventually turned into a desire to tell stories of her own. Kathryn has written nineteen books with close to two million copies sold. She lives with her husband and three children in Marinette, Wisconsin.
Find out more about Kathryn at http://www.kathrynspringer.com.

One grand prize winner will receive:
Enter today by clicking the icon below. But hurry, the giveaway ends on February 15th. Winner will be announced February 16th on the Litfuse blog.

Talk about life repeating itself, author Kathryn Springer has done an amazing job of presenting a story, that does have life repeating, but with a tender heart. Ginevieve Lightly has had a rough road to travel, coming from a dysfunctional upbringing, and then a pregnant teen.
Ginevieve’s daughter Raine is a remarkable young woman, she has led a life most of us wouldn’t want to, but her mother has always tended to her well being. She has spent most of her life on the road, her mother would move from town to town, but has been a quick learner, and done well in school. Her mother has promised she will be able to graduate from Banister Falls, and they remain put.
Of course, the story does lead us to Raine repeating her mother’s actions, when she falls in love with a local boy, Cody. His father died when he was four, and a lifetime friend of his parents, has helped with his up bring. Cody looks up to Dan Moretti, who you will also come to love; his actions speak more than his words.
What will become of these two young people on the brink of their lives, but now with a baby on the way? Will Cody abandon Raine, like her own father did, he is an excellent student and winning scholarships to college is assured. Will Raine be able to achieve her goals here, or end up much like her mom? Now don’t get me wrong, her mom has done a wonderful job of raising her, but they have lived from pillar to post.
What about Dan, his attraction to Cody’s mom has existed before his friend Max ever dated her. How about his new spark towards Gin? Is that even possible?
This is a real page-turner of a book, and you will never be able to guess how it is all going to turn out. Enjoy! 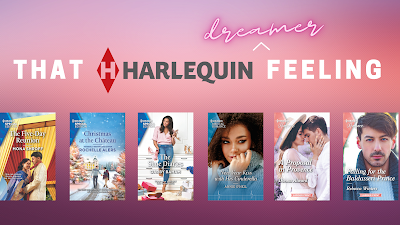