Pump Up Your Book is pleased to bring you Janine A. Southard’s CRACKED: A MAGIC IPHONE STORY virtual book tour February 2 – 27! 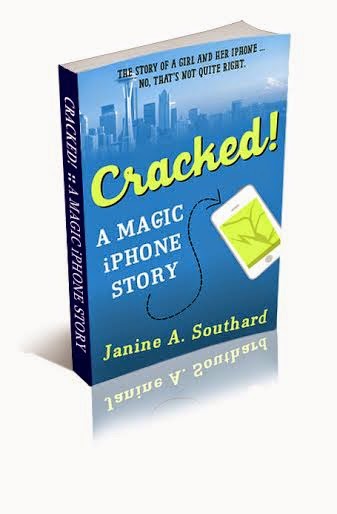 Title: Cracked! A Magic iPhone Story
Author: Janine A. Southard
Publisher: Cantina Publishing
Pages: 265
Genre: Contemporary Lit/Humor
Format: Paperback/Kindle
What can your phone do for you?

So let’s try this again.

This is the story of a woman who wished to find love, but who would rather play story games than actively look for it. Especially in the wake of a horrid break-up six months before from a man who had never sent her a single gift.

Until this Valentine’s Day, when she received a brand new iPhone in a box with his name on it.

Between story gaming and succumbing to the phone’s insidious sleekness, she learns that friendship trumps romance.

In Cracked! A Magic iPhone Story, award-winning author Janine A. Southard (a Seattle denizen) shows you how the geeks of Seattle live, provides a running and often-hilarious social commentary on today’s world, and reminds you that, so long as you have friends, you are never alone. 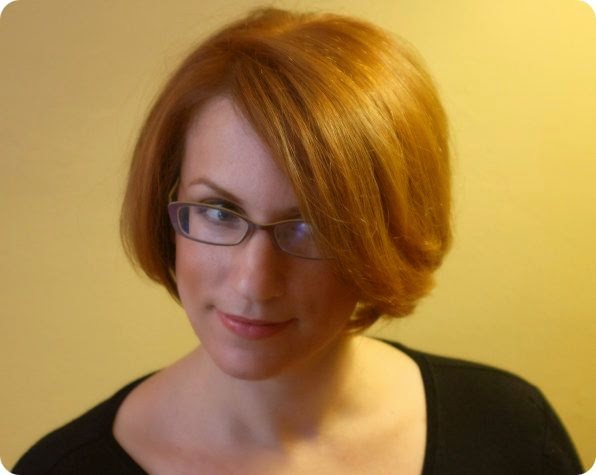 Janine A. Southard is the IPPY award-winning author of the Hive Queen Saga, as well as other science fiction and young adult novels and novellas.
The Hive Queen Saga books blend cultural experimentation with epic as they follow a formalized Hive of teenagers on a voyage to new lands and new cultures where their own ways seem very strange. The first novel in the saga, Queen & Commander, has been described as “like Joss Whedon’s Firefly but for teenagers” by the YA’s Nightstand. The second book, Hive & Heist, is a classic heist tale set on a space station.
Queen & Commander received an IPPY (Independent Book Publishers) Award for science fiction ebooks in 2013. Outside the Hive Queen Saga, the science fiction novella These Convergent Stars was selected as the short ebook recommendation of the week at Tungsten Hippo on 29 January 2014.
All Southard’s books so far have been possible because of crowdsourced funds via Kickstarter. She owes great thanks to her many patrons of the arts who love a good science fiction adventure and believe in her ability to make that happen.
From her home in Seattle, she is currently working on a half-contemporary, half-fantasy novel for adults, Cracked! A Magic iPhone Story, which releases in early 2015.

Morena’s new iPhone double-buzzed on the bathroom counter, perilously close to the washbasin.
“I didn’t know you’d decided to use this one exclusively,” Suzyn said, hoping Morena would donate the older Samsung to her. Unfortunately for Suzyn, that would never happen. Not only did Morena prefer her familiar old phone for work purposes, but she hadn’t actually noticed she’d transitioned to the new iPhone.
The iPhone was just so handy. Somehow, it was always there, as though it were tethered to Morena’s subconscious. Why, it was almost like it had followed her to the bathroom.
Morena shrugged and thumbed the unlock with her left hand while her right fished for the liquid eyeliner she knew was somewhere in her makeup kit. Why was it that the thing she wanted always shifted to the bottom? “I’m just gonna check Mãe’s location...”
There might have been an end to that sentence, but she was distracted by the hunt for the all-important eyeliner.
...and by the bright green heart that filled the screen. That was not the regular dashboard, nor was it the friend-finding app.
Suzyn giggled and knocked their elbows together over the laminate counter showing water stains from the ’80s, ’90s, and today. “If you can’t handle an iPhone, maybe you should just give your oversized thumbs a rest.”