Turn to Me (A Misty River Romance, #3) by Becky Wade 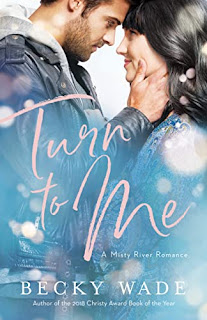 His promise will cost him far more than he imagined.

Guilt has defined Luke Dempsey's life, but it was self-destructiveness that landed him in prison. When his friend and fellow inmate lay dying shortly before Luke's release, the older man revealed he left a string of clues for his daughter, Finley, that will lead her to the treasure he's hidden. Worried that she won't be the only one pursuing the treasure, he gains Luke's promise to protect her until the end of her search.

Spunky and idealistic, Finley Sutherland is the owner of an animal rescue center and a defender of lost causes. She accepts Luke's help on the treasure hunt while secretly planning to help him in return--by coaxing him to embrace the forgiveness he's long denied himself.

As they draw closer to the final clue, their reasons for resisting each other begin to crumble, and Luke realizes his promise will push him to the limit in more ways than one. He'll do his best to shield Finley from unseen threats, but who's going to shield him from losing his heart?
Amazon
About The Author 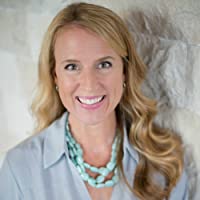 ecky is the Christy and Carol award-winning author of swoon-worthy inspirational romances laced with mystery.

She loves to connect with readers via her web site at www.beckywade.com, via her Facebook author page at www.Facebook.com/AuthorBeckyWade, or via Instagram at www.Instagram/BeckyWadeWriter

During her childhood in California, Becky frequently produced homemade plays starring her sisters, friends, and cousins. These plays almost always featured a heroine, a prince, and a love story with a happy ending. She's been a fan of all things romantic ever since!

Becky lives in Dallas, Texas with her husband and three children. You'll find her power-walking her neighborhood while dictating scenes, reading, chatting with friends on Voxer, planning her next trip, watching TV with her Cavalier spaniel on her lap, or rummaging in her pantry for chocolate.

This is the third book in this series, but, yes it can be read alone. The books all talk of a devastating earth quake,one that happened when they were teens, and we focus on the 5 survivors, and the one of this group that didn't make it.

Luke Dempsey blames himself for his younger brothers death, he makes bad choices and figures he deserves what happens to him.

Then the author gifts us with Finley, a girl that has a deep heart for animals, and runs a animal rescue, and I loved this character!

This story has so much going on, including a treasure hunt, one way beyond my imagination, and in the end makes for a wonderful conclusion to this great series.

I'll be looking for more by Becky Wade!