Daughters of the Occupation: A Novel of WWII by Shelly Sanders 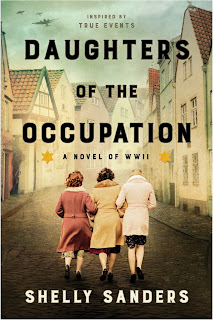 Inspired by true events in World War II Latvia, an emotionally charged novel of sacrifice, trauma, resilience, and survival, as witnessed by three generations of women.

On one extraordinary day in 1940, Miriam Talan’s comfortable life is shattered. While she gives birth to her second child, a son she and her husband, Max, name Monya, the Soviets invade the Baltic state of Latvia and occupy the capital city of Riga, her home. Because the Talans are Jewish, the Soviets confiscate Max’s business and the family’s house and bank accounts, leaving them with nothing.

Then, the Nazis arrive. They kill Max and begin to round up Jews. Fearing for her newborn son and her young daughter, Ilana, Miriam asks her loyal housekeeper to hide them and conceal their Jewish roots to keep them safe until the savagery ends.

Three decades later, in Chicago, 24-year-old Sarah Byrne is mourning the untimely death of her mother, Ilana. Sarah’s estranged grandmother, Miriam, attends the funeral, opening the door to shocking family secrets. Sarah probes Miriam for information about the past, but it is only when Miriam is in the hospital, delirious with fever, that she begs Sarah to find the son she left behind in Latvia.

Traveling to the Soviet satellite state, Sarah begins her search with the help of Roger, a charismatic Russian-speaking professor. But as they come closer to the truth, she realizes her quest may have disastrous consequences.

A magnificent, emotionally powerful story of family and the lingering devastation of war, The Daughters of the Occupation explores how trauma is passed down in families and illuminates the strength and grace that can be shared by generations. 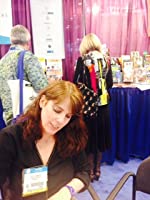 When I was eighteen, I discovered that my grandmother had been Jewish, but had given up her faith after escaping a Russian pogrom. I wanted to ask Nana about her experiences, but she'd died five years earlier.

I was sad that this information was withheld from me; I'd always envied religious people, and felt as if I'd missed out on something. When I became a mother, years later, the need to learn more about my grandmother flourished.

From Nana's sister, I found out that their family left Russia when fires were set in their village. They fled to Shanghai. After high school, Nana worked for a couple of years, and learned English. Then, she went alone by ship to California, worked as a nanny and completed a science degree in 1930 from the University of California, at Berkley.

My grandmother gave up her Judaism when she met my grandfather. They settled in Montreal where Jews were not welcome.

I wondered if Nana ever regretted her decision, was impressed by the forward-thinking woman she'd been, and had to know more about what life would have been like in pre-revolutionary Russia.

Rachel's Secret came out of this compulsion to understand my grandmother, to get inside her head. I named and created the main character after Nana, a smart, willful woman determined to escape the limitations thrust on Jewish women.

Because I wasn't raised Jewish. I wanted to see both sides: how did pogroms look to a non-Jew? As a journalist, I'm fanatic about accuracy, and carefully researched the period and culture.

Now, I wish I could tell Nana that her difficult journey to Canada inspired me to write my first book, that her struggle with religion has given me a healthy dose of skepticism, and that her determination to get a degree in a foreign country and language has instilled in me a perseverance which keeps me going, even on my darkest days.

Once I turned the cover on this read, I was not going to put it down, and the pages flew. Yes, we know the story, but the author does a wonderful job of putting faces on these people that were condemned for their religion.
This is Miriam’s story, and we follow her from Latvia to Chicago, and then her Granddaughter Sarah back to Latvia.
We are gifted a time split, from the 1930’s in Latvia with first Russian occupation and then German. You, will find some of this hard to read, and yes, what happened is true. Miriam is a strong woman and her will to survive is strong, and she does the ultimate for her children.
The story does flip back to 1976 and being reunited with Miriam and her Granddaughter Sarah who takes on a journey to Communist Latvia in search of an unknown Uncle.
This read was so good, and yet, so sad, how people can have so little regard for human life, but through the words of the author we put faces on these people and quickly care about them.
Be sure to read the author’s note, we find out how Miriam gets to Chicago and other facts! Thank You!
I received this book through Net Galley and the Publisher Harper Perennial, and was not required to give a positive review.
at May 03, 2022