The Midwife of Auschwitz by Anna Stuart 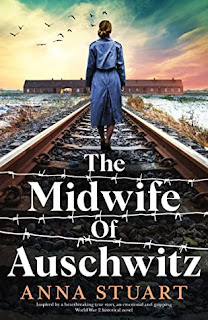 Inspired by an incredible true story, this poignant novel tells of one woman’s fight for love, life and hope during a time of unimaginable darkness.

Ana Kaminski is pushed through the iron gates of Auschwitz beside her frightened young friend Ester Pasternak. As they reach the front of the line, Ana steps forward and quietly declares herself a midwife – and Ester her assistant. Their arms are tattooed and they’re ordered to the maternity hut. Holding an innocent new-born baby, Ana knows the fate of so many are in her hands, and vows to do everything she can to save them.

When two guards in their chilling SS uniforms march in and snatch a blond-haired baby from its mother it’s almost too much for Ana to bear. Consoling the distraught woman, Ana realises amidst the terrible heartache there is a glimmer of hope. The guards are taking the healthiest babies and placing them with German families, so they will survive. And there are whispers the war is nearly over… Ana and Ester begin to secretly tattoo little ones with their mother’s numbers, praying one day they might be reunited. 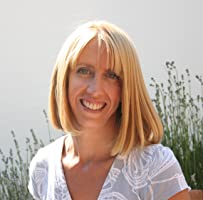 I wanted to be an author from the moment I could pick up a pen and was writing boarding-school novels by the age of nine. I made the early mistake of thinking I ought to get a ‘proper job’ and went into Factory Planning – a career that gave me some wonderful experiences, amazing friends and even a fantastic husband, but didn’t offer much creative scope. So when I stopped to have children I took the chance to start the ‘improper job’ of writing. It's not been easy but I love it and can't see myself ever stopping.

The Berlin Zookeeper is the first in my new series of WW2 novels. It's a dual timeline novel set in Berlin Zoo in the present day and at the climax of the war, as the keepers battle to save the lives of both their animals and themselves in the face of terrible hardships. Coming this August is The Secret Diary, exploring the troubles facing a bold group of young women trying to integrate back into 'normal' society after life as a tight-knit team of 'gunner girls' - and trying to hide the secret that binds them...

We all know of the horrors that took place in Europe during WWII, and with this read we put faces on those who ended up in Auschwitz. Sadly, although fiction, this is based on fact, and we need to never forget!
There are so many emotions here, and with the hate being displayed, I love the women the author gives us, that give their all, they have love and compassion for their fellow men, and are will to go to their grave for others.
So much loss, and with my heart in my throat, I was page turning for answers, and looking for those who survived this madness, and for finding their loved ones!
The author did a great job of pulling me into this read and not letting go!
I received this book through Net Galley and the Publisher Bookoutour, and was not required to give a positive review.
at May 31, 2022