The Guardian (Home to Hickory Hollow #3) by Beverly Lewis 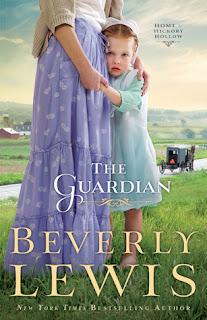 Must-Have Amish Fiction from #1 Bestselling Author Beverly Lewis
When schoolteacher Jodi Winfield goes for a morning run, the last thing she expects is to find a disheveled little girl all alone on the side of the Pennsylvania road, clad only in her undergarments, her chubby cheeks streaked with tears. Jodi takes the preschooler home with her, intending to find out where she belongs. But Jodi is mystified when no one seems to know of a missing child, and the girl herself is no help, since she can't speak a word of English. It's as if the child appeared out of nowhere.
As the days pass, Jodi becomes increasingly attached to the mysterious girl, yet she is no closer to learning her identity. Then an unexpected opportunity brings Jodi to Hickory Hollow--and into the cloistered world of the Lancaster Old Order Amish. Might the answers lie there? 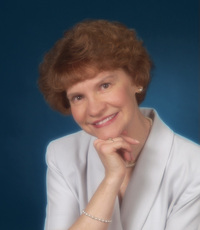 
I've had my nose in a book, for as long as I remember. When I was about 9 years old, I started writing my own stories. By sixth grade, I'd hand-written a 66-page semi-autobiographical book titled, "She Shall Have Music."
After I was married and our three children were in middle school, I began submitting articles and short fiction to various magazines.
My first book (Holly's First Love) was published in May 1993, the start of a 14-book series for pre-teen girls. Soon after, my first chapter book was published for 7-10-year-old readers ("Big Bad Beans") which later became part of my 24-book series, The Cul-de-Sac Kids. I wrote another long-running series for girls, titled "SummerHill Secrets," which was set very close to Neffsville, PA, where I grew up--near the heart of Amish country.
But it was the story of my grandmother Ada Buchwalter's shunning by her ultra-strict father and subsequently her old order Mennonite community that nudged me toward writing adult fiction. THE SHUNNING was published in 1997 by Bethany House Publishers, and along with its sequels, has touched a nerve in millions of readers intrigued by the Plain tradition of Lancaster County, PA.

When Jodi Winfield goes for her morning run,she happens upon a little girl. The Child does not have any shoes and is dressed only in her underwear. Can you imagine, the child also has a big bruise on her forehead...I would be calling the police.
In the end she cleans up the little darling, and from her friend, figures out she is Amish. She puts the little one in the car...now I might be thinking people will think she kidnapped this child? Anyway, even though the little one does not speak English, she manages to get Jodi to her home.
You can imagine how that Mother felt seeing her child home. Maryanna, her Mom, had been driving the family buggy, and her little Sarah fell out.
Jodi is feeling the pain of loosing her only sister. When she comes to Hickory Hollow, she finds some of the peace she has been looking for. She is unable to forgive God.
Her acceptance by the Plain People, has a lot to do with how the Children tend to follow her. Almost like the pied piper! I loved her visit here, and even jogging with some Amish people. You almost hope she will find someone and become Amish??
She does have a Fiancé, but they are having some problems. Will she end up marrying someone other than Trent. Will Maryanna, a widow, find a husband and father for her children?
Although I did question some of the things that happened in the story, like men leaving the search for the child, etc. I did enjoy this book by Beverly Lewis, and will look for more by her.

I received this book through Net Galley, and the Publisher Bethany House, and was not required to give a positive review.
at March 27, 2013