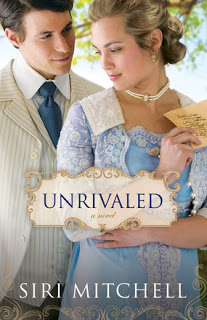 Lucy Kendall returns from a tour of the Continent, her luggage filled with the latest fashions and a mind fired by inspiration. After tasting Europe’s best confections, she’s sure she’ll come up with a recipe that will save her father’s struggling candy business and reverse their fortunes. But she soon discovers that their biggest competitor, the cheat who swindled her father out of his prize recipe, has now hired a promotions manager–a cocky, handsome out-of-towner who gets under Lucy’s skin.
Charlie Clarke’s new role at Standard Manufacturing is the chance of a lifetime. He can put some rough times behind him and reconnect with the father he’s never known. The one thing he never counted on, however, was tenacious Lucy Kendall. She’s making his work life miserable…and making herself impossible for him to forget.
Purchase a copy here. 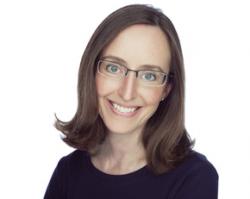 Siri Mitchell is the author of nearly a dozen novels, among them the critically acclaimed Christy Award finalists “Chateau of Echoes” and “The Cubicle Next Door”. A graduate of the University of Washington with a degree in business, she has worked in many different levels of government. As military spouse, she has lived in places as varied as Tokyo and Paris. Siri currently lives in the DC-metro area. Visit www.sirimitchell.com


Find out more about Siri at http://sirimitchell.com/.


Welcome to the “sweet” campaign for Siri Mitchell’s latest book, Unrivaled, where falling in love could be a recipe for disaster.
Celebrate with Siri Mitchell by entering to win a Kindle Fire and joining her on April 18th for a Facebook Author Chat Party!

One “swooning” winner will receive:
Enter today by clicking one of the icons below. But hurry, the giveaway ends on April 17th. Winner will be announced at the “Unrivaled” Author Chat Facebook Party on 4/18. Connect with Siri, get a sneak peek of her next book, try your hand at a trivia contest, and chat with readers just like yourself. There will also be gift certificates, books, vintage candy kits, and more!

So grab your copy of Unrivaled and join Siri on the evening of the April 18th for a chance to connect with Siri and make some new friends. (If you haven’t read the book – don’t let that stop you from coming!)

Don’t miss a moment of the fun, RSVP today. Tell your friends via FACEBOOK or TWITTER and increase your chances of winning. Hope to see you on the 18th

My Review:   Just like major food companies have their recipes patented, and under lock and key. This story deals with candy. Yum!
Their are two main characters here and the story is told from each perspective. Lucy Kendell begins with a return home from touring Europe, and Charlie Clarke's begin with his being released from jail. Because of the bad crowd Charlie is being sent to live with his father, who abandoned the family when he was seven.
The year is 1910 and both now live in St. Louis, and both are beginning their adult lives in Candy. Charles father owns the biggest factory to make candy in St. Louis, Standard Manufacturing. Lucy's father used to own Charles' Dad's factory, but lost it, along with his recipe for Royal Taffy. He now own a small confectionery store, but is unable to work as he has had a heart attack.
Lucy is devastated that no one let her know about her Dad's condition while she was in Europe. She has all kinds of schemes that she has planned. in mind to help her Dad. She blames her Mother for her Father's problems.
Charles has bitter families about his Father. Can see why he feels like that, a little Child with the responsibility of taking care of a family.
Will either of these two be able to find forgiveness, will they be able to accept the Lord's Grace. We hope that they will find some peace.
A real page turner of a story, and some of the things that happen you won't have seen coming!!

I received this book through Litfuse Publicity Group, and was not required to give a positive review.