Love in a Broken Vessel By Mesu Andrews 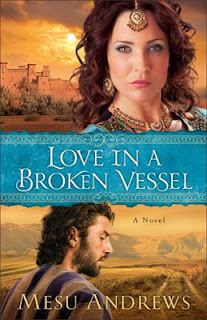 Combining in-depth research and masterful storytelling, Mesu Andrews brings to life a complex and fascinating biblical story of the power of love and forgiveness in the face of utter betrayal.
Hosea has been charged by God with a difficult task--marry a prostitute in order to show God's people the nature and depth of his love for Israel. When Hosea goes to Israel to proclaim God's message, the prostitute God tells him to marry turns out to be his childhood friend Gomer. He finds her broken and abused, unwilling to trust Hosea or his God. But when marrying Hosea becomes her only choice, Gomer does what she's good at--she survives. Can Hosea's love for God and God's love for Israel heal Gomer's broken spirit? 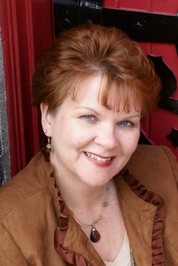 
Mesu Andrews is an author and speaker who has devoted herself to passionate study of Scripture. Harnessing her deep love for God’s Word, Andrews brings the biblical world alive for her audiences.

Mesu and her husband, Roy, have two grown children and (Praise God!) a growing number of grandkids. They live in Washington, where Roy teaches at Multnomah University. They have a Rottweiler-pitbull named Bouzer who keeps Mesu company while she writes.

She’s published two books, Love Amid the Ashes and Love’s Sacred Song. Two more are scheduled for release with Revell in March of 2013 and 2014.