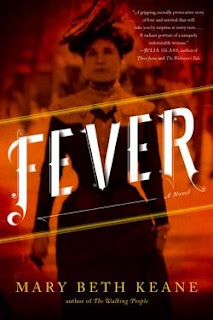 Mary Beth Keane, named one of the 5 Under 35 by the National Book Foundation, has written a spectacularly bold and intriguing novel about the woman known as “Typhoid Mary,” the first person in America identified as a healthy carrier of Typhoid Fever. On the eve of the twentieth century, Mary Mallon emigrated from Ireland at age fifteen to make her way in New York City. Brave, headstrong, and dreaming of being a cook, she fought to climb up from the lowest rung of the domestic-service ladder. Canny and enterprising, she worked her way to the kitchen, and discovered in herself the true talent of a chef. Sought after by New York aristocracy, and with an independence rare for a woman of the time, she seemed to have achieved the life she’d aimed for when she arrived in Castle Garden. Then one determined “medical engineer” noticed that she left a trail of disease wherever she cooked, and identified her as an “asymptomatic carrier” of Typhoid Fever. With this seemingly preposterous theory, he made Mallon a hunted woman. The Department of Health sent Mallon to North Brother Island, where she was kept in isolation from 1907 to 1910, then released under the condition that she never work as a cook again. Yet for Mary—proud of her former status and passionate about cooking—the alternatives were abhorrent. She defied the edict. Bringing early-twentieth-century New York alive—the neighborhoods, the bars, the park carved out of upper Manhattan, the boat traffic, the mansions and sweatshops and emerging skyscrapers—Fever is an ambitious retelling of a forgotten life. In the imagination of Mary Beth Keane, Mary Mallon becomes a fiercely compelling, dramatic, vexing, sympathetic, uncompromising, and unforgettable heroine. 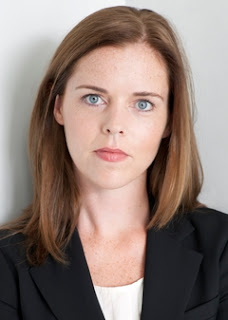 Mary Beth Keane was born in New York City to Irish parents and grew up in Rockland County, New York. She attended Barnard College and the University of Virginia, where she received an MFA in Fiction. In 2011, she was named by Julia Glass to the National Book Foundation’s “5 under 35.” She lives in Pearl River, New York with her husband and their two sons.
http://marybethkeane.com/

Reading about Mary Mallon, you feel the injustice that was done to her. Yet, if it were my child or relative that died, I certainly would feel differently.
She was stripped of her life, literally, and put on an island in the Hudson River, North Brother Island. Left with very little contact, to the outside world. How could they do that to her? Written up in the press as Germ Lady, Typhoid Mary. Yet a dairyman who also is a carrier of the germ, is allowed to stay at home. He killed over a hundred people. Yes, Mary is credited with about 20 deaths.
Mary is a spunky Irish immigrant, and pulls herself up from being a laundress to an exceptional cook. She wins raves from everyone who tastes her food. It is Mary's downfall. It is her passion, and yet people she has loved die.
Mary Beth Keane has brought Mary Mallon to life, we meet the love of her life Alfred. Mary is content to live as Alfred's mistress, back in the late 1800's. That in itself had to be difficult. She was a woman before her time, living on the edge. Yet the people who loved Mary, really loved Mary, for who she was to them.
When Mary, after three years, is finally let to return to her life, she is admonished to never take a job as a cook. Her passion is taken from her! Can she ever completely give cooking up? Her reasoning says that she has cooked for so many, and none of her friends have gotten sick?
You are going to find this to be a very compelling historical read, and not going to put it down, until it is done. You will root for Mary, even though, we find her breaking the law?? What law? Don't miss this excellent story.

I received this book through the Publisher Scribner, and Net Galley, and was not required to give a positive review.