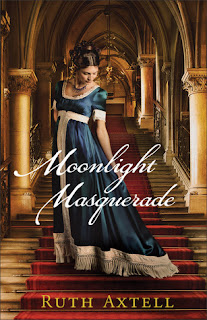 In this new Regency Romance, Ruth Axtell deftly creates a world where black and white burst into a confusion of colors and no one is who they seem.  Axtell’s expert storytelling and attention to historical detail bring the Regency era alive with  intrigue and romance.

Lady Celine Wexham seems the model British subject. French by birth but enjoying life in 1813 as a widowed English countess, she is in the unique position of being able to help those in need--or to spy for the notorious Napoleon Bonaparte. When Rees Phillips of the British Foreign Office is sent to pose as the countess's butler and discover where her true loyalties lie, he is confident he will uncover the truth. But the longer he is in her fashionable townhouse in London's West End, the more his staunch loyalty to the Crown begins to waver as he falls under Lady Wexham's spell. Will he find the proof he needs? And if she is a spy after all, will he do the right thing? 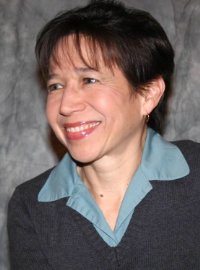 Ruth Axtell knew she wanted to be a writer ever since she wrote her first story--a spy thriller--at the age of twelve. She studied comparative literature at Smith College, spending her junior year at the Sorbonne in Paris. After college, she taught English in the Canary Islands then worked in international development in Miami, Florida, before moving to the Netherlands, where for the next several years, she juggled both writing and raising her three children.
In 1994, her second manuscript was a finalist in Romance Writers of America's Golden Heart competition. In 2002, her sixth manuscript took second place in the Laurie Contest of RWA's Smoky Mountain chapter. The final judge requested her full manuscript and this became her first published book, Winter Is Past, which was spotlighted in Christian Retailing magazine. Since then, Ruth has gone on to publish thirteen historical romances and one novella. Her books have been translated into Dutch, Italian, Polish and Afrikaans . Her second historical, Wild Rose, was chosen by Booklist as a "Top Ten Christian Fiction" selection in 2005.
Ruth lives on the coast of Maine where she enjoys gardening, walking, reading romances and gazing at the ocean plotting her next romance.

Lady Céline Wexham is living in England in 1813, she is a sweet, kind woman. When her butler is injured, he sends his nephew, Rees Phillips...aka Mr MacKinnon, to help out.
Yeah right...his cover is blown when they see him, handsome, tall and only 31. Whereas most butlers are at least in their 50's. What no one realizes is the fact that everyone seems to be a spy. Spies and spying on spies...yup. Makes for a very interesting read.
Love all the historical background given, and you find yourself living in the beautiful homes, traveling the countryside, and attending lavish balls. Also you feel like you are in the room looking for clues...creak, creak on the floor boards.
Where does Céline's loyalties lie? With England or the home of her birth France. Is she a Royalist, or following Nepoleon? Will Ree, a very Godly Man, remain loyal to England, or follow his heart?
Travel along with this page turning read, you won't be disappointed, and you will relive a lot of history. I really enjoyed this book, and hope you will also!

I received this book through the Revell Publishing Book Tours, and was not required to give a positive review.