Pump Your Book Presents: The Secret of Maggie's Swamp by Paul A Barra

ABOUT THE SECRET OF MAGGIE’S SWAMP

In this middle-grade mystery-adventure, a twelve-year-old girl discovers a grave injustice in the 1980s South when a neighbor is convicted of a crime he didn’t commit. Penny must find the courage to use her unique gift – her uncanny ability to foresee the future – to thwart a crazed desperado and find a treasure that will prove her neighbor’s innocence. 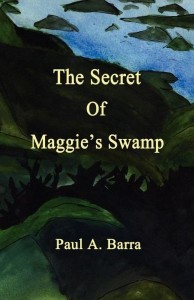 Poor Penelope Andrews. Her neighbor is being hunted, her friend is comatose after encountering a rogue alligator in a black-water swamp, and her mother has formed the wild impression that Penny has some sort of special gift from God! What else could go wrong? Oh yes: the FBI wants to speak with her. And, a dangerous criminal is stalking her.
The Secret of Maggie’s Swamp tells the story of young Penny and the courage she shows in dealing with these dynamic issues.
It is an exciting read for children ages 8 through 12. It’s a pro-family story that will absorb young readers. Available in bookstores, on Amazon.com and from Brownridge Publishing. 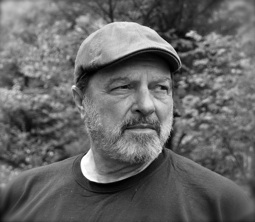 ABOUT PAUL A. BARRA

Paul A. Barra is a decorated war veteran, a teacher and a freelance journalist. He previously was a reporter for local newspapers and won numerous awards from the South Carolina Press Association. He was the senior staff writer for the Diocese of Charleston and won numerous awards from the Catholic Press Association, a national organization. Earlier publications include four independent science readers (Houghton Mifflin), a novel (“Crimson Ring,” Eagle Press) and a nonfiction book about the formation and success of a Catholic high school, despite diocesan opposition (“St. Joe’s Remarkable Journey,” Tumblar House). He is under contract for the publication of a historical novel called “Murder in the Charleston Cathedral.”(Chesterton Press).

His latest book is the children’s/middle grade novel, The Secret of Maggie’s Swamp.

Penny Andrew's has what she feels is a gift from God...or premonitions. She don't know what is going to happen, could be something good, or bad.
When mysterious things start happening in her small rural farm area, Ryun's Gap, NC. Penny who is eleven, and full of curiosity, decides to investigate. She has a good friend, Howie, and they set off with Penny's families horses to investigate.
There is a mystery of an escaped convict, and most of all $500,000.
The convict is made human and not scary, and the children learn compassion. Children will learn that sometimes people destroy other people's property for greed, but they also learn that later they rally around the family.
This would be a great read for middle school children, there are some good lessons here...Penny traveling all alone by bus without her parents. Loved the parents reaction, and how they handled her.
Maggie's Swamp is a rather slow read, and left me with some unanswered questions.