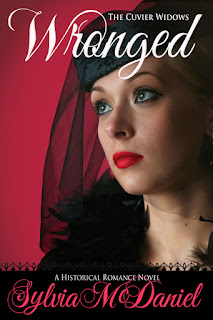 Marian Cuvier didn't know how to react when she learned that the man she called husband and father to her children, Jean Cuvier, had been murdered. Yet, the biggest surprise was when the detective informed her that she's not the only woman Jean married. There are three Cuvier Widows and one is suspected of murder.

When Marian learned of her husband's death, humiliation, shock and anger were the only emotions she felt for Jean. For the last several years, their marriage has been in name only. Now she's determined to safeguard her children's future and save their only source of income, Cuvier Shipping. Jean's handsome business partner, Louis Fournet thinks Marian's should not be leading her husband's business. The man has a way with women that Marian finds alluring and arouses feelings she's never experienced. Louis Fournet is a temptation she finds hard to resist. 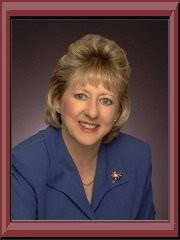 Sylvia McDaniel and her very supportive husband Don, the love of her life, live in Texas with son Shane, Putz the klutzy dachshund and Ashley our shy dachshund. During the day, she works for a small insurance agency, helping clients with their commercial insurance coverage. The weekends are spent working out in the garden until the temperature climbs above ninety degrees. Currently, she's written fourteen novels. Her novel, A Hero's Heart, was a 1996 Golden Heart Finalist. Sylvia is the President Elect of Dallas Area Romance Authors.


Marian is called to a Hotel in New Orleans, her husband is dead. Although, they are still married, their relationship is almost nonexistent. The real surprise is there are now two Cuvier wives...and then three. Can't even imagine, how does one man keep track of three wives? Without the others knowing of each other?
Then on top of three wives, they find out that their husband Jean, has been murdered. Marian has been married to Jean for twelve years, and has two children by him. It turns out that she is his legal wife.
When the will is read, the other two wives Layla and Nicole, are left nothing. Turns out Jean is a rat, for lack of better words.
Marian is left her husbands share of the Shipping Business, the other half belongs to his partner Louis Fournet. A very handsome man, who really wants to sell the business. Marian appears at work, and all are shocked...women stay home and take care of the home! They do not belong in business.
Louis goes about trying to persuade Marian to sell, he is also very attracted to her. Louis is a playboy...he has woman dropping into the office all the time. You will be laughing hysterically, when one of them comes in and he asks Marian to tell her he isn't there! Sooooo funny!
Will Marian be able to trust another man after Jean, and the way he treated her. Her Children are being taunted by others, they make remarks about their father having three wives.
I enjoyed the late 1890's look at LA, and life at that time, the only problem I had with the book was some graphic sex. I got passed that, and enjoyed the story. We are also left with a lot on unanswered, but the answers are to come in two additional books, each focused on Jean's other two wives.

I received this book through Innovative On Line Book Tours, and was not required to give a positive review.
at March 08, 2013