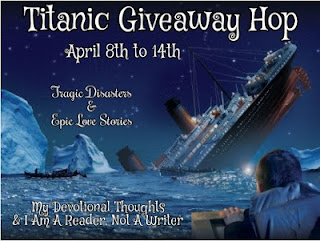 The Book I'm giving away has a wonderful love story, and a disaster of a flash flood. The herione is swept down stream for miles, with her arm caught in a board. Which ultimately saves her life.
Up for grabs is a new copy of 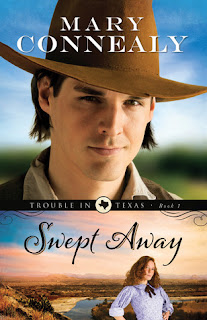 Laughter, Romance, and Action Abound in This New Series from Mary Connealy
Swept away when her wagon train attempts a difficult river crossing, Ruthy MacNeil isn't all that upset at being separated from the family who raised her. All they've ever done is work her to the bone. She prayed for a chance to get away, and then came the raging flood. Alive but disoriented, she's rescued by Luke Stone...so unfortunately, there are more chances to die in her immediate future.
Luke is heading home to reclaim the ranch stolen from his family. But the men who killed his father are working hard to ensure Luke doesn't make it alive. He has no choice but to keep moving. Still, he can't just abandon Ruthy, so she'll have to come along.
His friends--a ragtag group of former Civil War soldiers--take a fast interest in the pretty gal. Luke thinks that's rather rude--he's the one who found her. And the more time he spends around the hard-working young woman who is a mighty good cook, the more he finds himself thinking beyond revenge and toward a different future. For the first time in a long time, Luke is tempted to turn from his destructive path and be swept away by love.