Hidden Mercies by Serena B. Miller 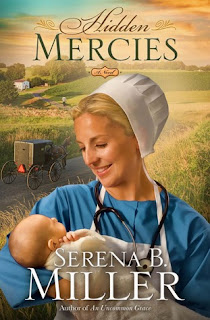 At seventeen, Tom Miller smashed his car into a tree, killing his brother only four hours before he was scheduled to marry Claire Shetler. Unable to live with his father’s bottomless grief and anger, Tom left the Amish church, ran away, and joined the Marines.  Twenty-seven years later, Tom returns to Mt. Hope, Ohio, a wounded, decorated Marine helicopter pilot, and rents an apartment over Claire's workshop. A widowed Amish midwife, Claire is struggling to support her family, and despite her unresolved anger toward Tom, she sees the money as a Godsend.  She never dreams that she will end up falling in love with a battle-scarred soldier.
As Claire and Tom fight their way through the traumas of the past, they discover the tender mercies God has hidden along the way—one of which is a loving father who has been praying for his prodigal son to come home. 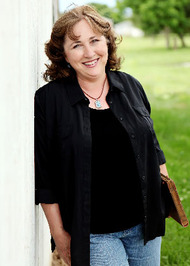 About the Author:
Serena Miller is the author of four novels and won the RITA award for inspirational fiction in 2012. Prior to writing books, Serena wrote for many periodicals, including Woman’s World, Guideposts, Billy Graham’s Decision Magazine, Reader’s Digest, Focus on the Family, Christian Woman, Dorchester’s True Story and The Detroit Free Press Magazine. She was also a ghost writer for a story published in Chicken Soup for the Mother’s Soul II. She has spent many years partnering with her husband in full-time ministry and presently lives on a farm in southern Ohio near a thriving Amish community.

An amazing book, that I didn't want to end. The first book in this series was An Uncommon Grace, this story is a continuation. That being said, you can read this as a stand alone, but Serena B. Miller is such an awesome author, you don't want to miss it.
We are now following Claire Shetler, whom we met previously, when her husband was brutally murdered, and Grace, now Levi's wife, saved her life. Grace also saved two year old Daniel.
Joining Claire's family also are her two nieces, Mandy and Amy. That makes for a busy life for any woman. Claire is also a dedicated Midwife, and is trying to support her family by doing that.
Returning after twenty seven years is Tom Miller, he has been badly injured in Afghanistan. He is a decorated Marine Helicopter pilot. He had a different name when he lived in this Ohio Amish Community, and he doesn't know how he will be received.
We find a great deal of compassion on all sides, and some very surprising happenings. There is a bit of Romance, and young ones getting into trouble, also Satan taking advantage of a faithful man's weakness...not unusual. Will this community be able to give forgiveness?
Your in for a really great read, and you won't be able to put this one down!

I received this book from Howard Publishing, and was not required to give a positive review.
at April 09, 2013