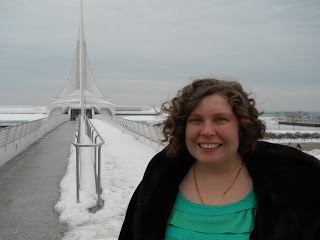 Meet Beth Fred! That's me! I'm a full time ELF keeper and part time writer/blogger/writing instructor. I'm represented by Kathleen Rushall of Marsal Lyons Literary Agency. I like my tea hot, my romance sweet, and my guys chivalrous. Real men hold open doors, refer to you as ma'am, make promises they keep, and aren't afraid to profess their undying love. It's not breakfast if there aren't carbs(at least, not in the South). Fajitas, carnitas, and churros are just few of my favorite things. Bet you can't guess where I'm from ;) Wanna know more about me? You can find that here:
Email me: bethfred08(at)gmail.com
Blogger:  bethfred.com
Tweet me: bethfred08
FB Author Page: https://www.facebook.com/bethfred08 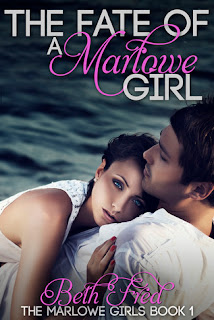 When twenty-four-year-old Tiffany escapes her sister Kammy's too wild Cancun bachelorette party, she finds herself in a bar with the unwanted attention of a gorgeous local named Luke.
Luke may be charming but Tiffany is leaving in two days and doesn't need any complications. But complications are exactly what she gets when the cops show up to raid Kammy's party. When Kammy is arrested, Tiffany agrees to have dinner with Luke, so he'll help her get Kammy out of jail. Kammy's arrest forces her to spend an extra day in Cancun, meaning she'll miss a crucial meeting, and as an accountant in tax season, she is already drowning in work. Not to mention, every second she spends with Luke makes it harder to leave. With Luke, Tiffany can forget about work.
But will the airport be their final goodbye? Available at: Amazon & Smashwords 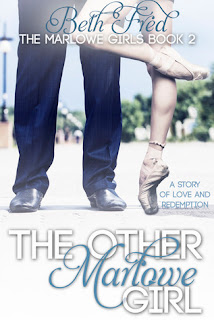 When twenty-four-year-old dance school drop out Kammy Marlowe is evicted by her mother, she goes to her favorite bar. She finds an unlikely friend in the blunt eye candy, Enrique. But Kammy knows there is no way she and Enrique have a shot because he's her brother-in-law’s brother and has been privy to her wild past.

Enrique swears he’s only interested in the person she is today, but their relationship is tested when her ex-husband's drug dealer attacks her, looking for money. With no options and a money hungry drug dealer on her back, Kammy accepts a position as a dancer at a strip club. But when Enrique shows up at the club, their relationship is over. With no reason to stay in Texas anymore, Kammy auditions for the Bolshevik Ballet and gets the opportunity to go to Russia. Only Enrique is determined to stop her.
Will she give up the chance of a lifetime to stay with the man she still loves? Available at: Amazon