Everything She Didn't Say by Jane Kirkpatrick 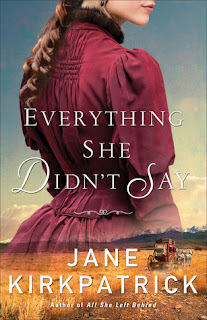 In 1911, Carrie Strahorn wrote a memoir entitled Fifteen Thousand Miles by Stage, which shared some of the most exciting events of 25 years of traveling and shaping the American West with her husband, Robert Strahorn, a railroad promoter, investor, and writer. That is all fact. Everything She Didn't Say imagines Carrie nearly ten years later as she decides to write down what was really on her mind during those adventurous nomadic years.

Certain that her husband will not read it, and in fact that it will only be found after her death, Carrie is finally willing to explore the lessons she learned along the way, including the danger a woman faces of losing herself within a relationship with a strong-willed man and the courage it takes to accept her own God-given worth apart from him. Carrie discovers that wealth doesn't insulate a soul from pain and disappointment, family is essential, pioneering is a challenge, and western landscapes are both demanding and nourishing. Most of all, she discovers that home can be found, even in a rootless life.

With a deft hand, New York Times bestselling author Jane Kirkpatrick draws out the emotions of living--the laughter and pain, the love and loss--to give readers a window not only into the past, but into their own conflicted hearts. Based on a true story. 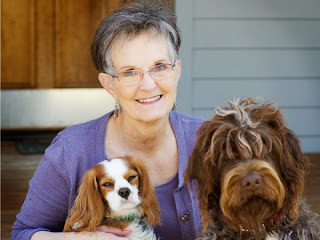 The author made me feel like I was sitting in the same room with Carrie/Dell, and I was traveling and experiencing amazing new frontiers, traveling by stage and being in Indian War country.
Carrie became a friend and loved that the whole book is mainly fact, wow, makes everything so very real, and I felt the pain that she was never really given her heart’s desire.
While Carrie stayed by choice in her husband’s shadow, she sure accomplished a lot on her own, and helping build her church seemed to be one of her cherished achievements.
A really compelling read, filled with history and strong pioneers who helped build the western part of this country. The author did a great job of telling Carrie Strahorn’s story!

I received this book through Revell Publishing, and was not required to give a positive review.