The Boy Who Loved Rain by Gerard Kelly 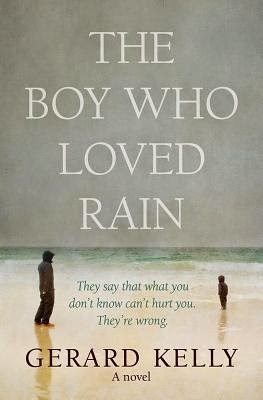 They say that what you don't know can't hurt you. They're wrong.

David Dryden, pastor of a high-profile church in London, is admired for his emphasis on the Christian family.

But all is not well in his own family. He and his wife, Fiona, have been glossing over his son Colom's erratic behavior. Then, when a commitment to die is discovered in Colom's room after the suicide of a school friend, David finds himself out of his depth--and Fiona, in panic, takes Colom and flees.

A wonderful, intelligent, and searching novel about the toxic nature of secrets, and the possibility of starting again. 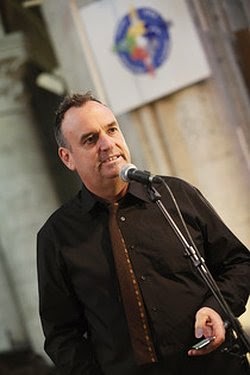 Gerard Kelly is a writer, speaker and poet and a co-founder, with his wife Chrissie, of The Bless Network. Bless works alongside churches in the UK, France, The Netherlands, Croatia and Spain, empowering young people 'to encounter the God of mission and find their place in the mission of God'. A member of the 'Theme Group' of Spring Harvest, Europe's largest Christian teaching event and formerly Pastor of Crossroads International Church in Amsterdam, Gerard currently lives in Normandy, France, where he and Chrissie are developing a centre for missional formation.

What a heart wrenching read, people in denial, a mother desperate for help. Where do you go, who do you turn to, she needs to save her son’s life. This is now a sweet romantic book, it deals with a very tough subject, and pray we are never are put in this position.
The author has developed these characters so well, they are so real, and could be any one. A mother so desperate to save the life of her son, a son with recurring nightmares that has him suicidal? There is Fiona the Mom, David Dryden, the high profile pastor, and the troubled teenage son Colom.
I had problems with David, he works at promoting the Christian family, and his is crumbling. Will he wake up in time, he walks a fine line between his work and his own family.
As the story moved along the bombshells began to fall as we tried to get to the bottom of what is going on. I never saw most of it coming, and a lot was very shocking. We find the harm these family secrets are causing, what can happen next, what will be revealed? Through it all the back of your mind keeps asking if we will be in time, and if there will a break through.
You won’t regret picking this book up, come travel with these people as they look for answers, and we travel from one country to another.

I received this book through Kregel Publishing, and was not required to give a positive review.
at March 23, 2015