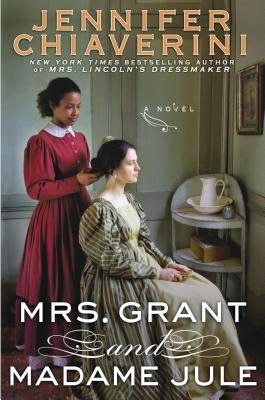 The New York Times bestselling author of Mrs. Lincoln's Dressmaker and Mrs. Lincoln's Rival imagines the inner life of Julia Grant, beloved as a Civil War general’s wife and the First Lady, yet who grappled with a profound and complex relationship with the slave who was her namesake—until she forged a proud identity of her own.

Since childhood, Julia owned as a slave another Julia, known as Jule. Jule guarded her mistress’s closely held twin secrets: She had perilously poor vision but was gifted with prophetic sight. So it was that Jule became Julia’s eyes to the world.
And what a world it was, marked by gathering clouds of war. The Grants vowed never to be separated, but as Ulysses rose through the ranks—becoming general in chief of the Union Army—so did the stakes of their pact. During the war, Julia would travel, often in the company of Jule and the four Grant children, facing unreliable transportation and certain danger to be at her husband’s side.

Yet Julia and Jule saw two different wars. While Julia spoke out for women—Union and Confederate—she continued to hold Jule as a slave behind Union lines. Upon the signing of the Emancipation Proclamation, Jule claimed her freedom and rose to prominence as a businesswoman in her own right, taking the honorary title Madame. The two women’s paths continued to cross throughout the Grants’ White House years in Washington, DC, and later in New York City, the site of Grant’s Tomb.

Mrs. Grant and Madame Jule is the first novel to chronicle this singular relationship, bound by sight and shadow. 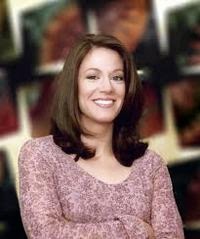 Jennifer Chiaverini is the New York Times bestselling author of several acclaimed historical novels and the beloved Elm Creek Quilts series, as well as six collections of quilt patterns inspired by her books. A graduate of the University of Notre Dame and the University of Chicago, she lives with her husband and two sons in Madison, Wisconsin. About her historical fiction, the Milwaukee Journal Sentinel writes, "In addition to simply being fascinating stories, these novels go a long way in capturing the texture of life for women, rich and poor, black and white, in those perilous years."

What a predicament being a slave owner and married to Ulysses S Grant, and living through the Civil War. The book starts as Julia is given her slave and friend Julia; she then changes her name to Jule to end the confusion. A contradiction to be sure, and Julia walks a tight rope of explanation, where she tries to justify slavery and her husband’s career.
I loved the interaction between Ulys and Julia, right from the start he never say her disabilities, her cross-eyes, and only saw her heart. We are with them in their courtship, their marrying, and having their family, and trials. We continue through their life, and it sure isn’t a dull one, action around every corner.
While the story is fiction, as the author notes tell that not much is know about the life of Julia Grant, the rest of the story is fact, we live the Civil War battle to battle. We are Julia and follow her as the wife of the great General and President of the US.
One part that touched my heart was what Mark Twain did for the General, I had known this, but it brought it alive for me, and it had such an impact on the story. I loved this read, what a beautiful story the author has written.

I received this book through the Publisher Dutton, and was not required to give a positive review.