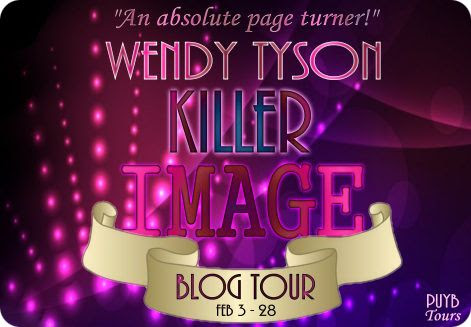 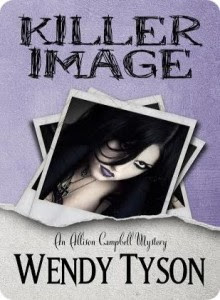 Title: Killer Image
Author: Wendy Tyson
Publisher: Henery Press
Pages: 324
Language: English
Genre: Mystery/Psychological Thriller
Format: Paperback ($14.96) & eBook ($2.99)
As Philadelphia’s premier image consultant, Allison Campbell helps others reinvent themselves, but her most successful transformation was her own after a scandal nearly ruined her. Now she moves in a world of powerful executives, wealthy, eccentric ex-wives and twisted ethics.
When Allison’s latest Main Line client, the fifteen-year-old Goth daughter of a White House hopeful, is accused of the ritualistic murder of a local divorce attorney, Allison fights to prove her client’s innocence when no one else will. But unraveling the truth brings specters from her own past. And in a place where image is everything, the ability to distinguish what’s real from the facade may be the only thing that keeps Allison alive. 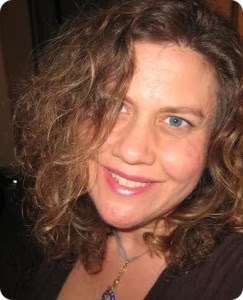 Wendy Tyson’s background in law and psychology has provided inspiration for her mysteries and thrillers.  Killer Image, published by Henery Press in October 2013, is the first novel in the Allison Campbell mystery series.  She has also authored The Seduction of Miriam Cross, published by E-Lit Books, the first in the Delilah Percy Powers mystery series.  Find Wendy at www.WATyson.com.

It started to drizzle. Cold, steely drops that threatened to morph into sleet. The rain hit Allison’s windshield, slithered in rivulets to the corners, and turned to ice, so that she had to scrunch down and squint to see the road. She fingered the envelope that sat on the seat next to her. Her head ached.
Home. She turned the word around on her tongue, flipped it backward and forward, and swirled it around until the nausea passed. At home lived a different Allison.  Fat ankles. Uneven bangs. A preference for peanut butter right from the jar.
“Self-reinvention is the key to survival,” Mia had told her when she was first hired by her mentor’s image-consulting firm. “In this line of work and in life.”
“Yeah, right. There’s no escaping the past,” Allison had wanted to say in response. But she’d been twenty-five, poor, and disillusioned. Funny how an empty bank account can make one into a believer.
And so she’d Jennifer Aniston-ed her hair and painted her lips and learned the difference between Gucci and Prada, first for herself and then for her clients. She traded her third-floor studio in Ardmore for a two-story townhouse in Wayne and learned to navigate ten courses worth of silverware. Eventually she married Jason, her mentor’s son, a man with a nice, normal American surname and then divorced him, keeping the name as a booby prize. Chalupowski would have looked awful on a book jacket.
At times, she missed the old Allison. She missed the energy of idealism and the ease with which someone who has nothing can move through the world. She knew this new life was based on the perpetuation of a lie, of a million little daily lies. But the lies, if told often enough and with enough enthusiasm, could become truth.
Just look at her.
Allison kept one hand still on the steering wheel and used the other to peel back the flap of the envelope. Wedged between the stiff edges of her mother’s official documents sat the sickly yellow of an old newspaper clipping. She knew without touching it, without reading the bold-lettered headline, what it said. Man Drives over Embankment in Apparent Homicide/Suicide Attempt. Her father. Her mother. And over twenty years later, the pain still blanketed her like a low-lying fog.
She pushed the article back into the packet. Miraculously, her parents had lived through the ordeal with few serious injuries, but the emotional wounds had never really healed. Your mother has Alzheimer’s, Allison, her father had said back then, as though that simple fact explained everything. It’ll be uphill from here. So the years before that, the mom-has-a-migraine-and-is-in-her-bedroom-make-us-some-dinner-watch-your-sister-Allison years, were the easy ones?
Allison shook her head. The contents of that envelope didn’t tell the full story any more than a pile of individual timbers resembled a finished house. Where were the court hearings, the social workers with their shopworn empathy and mind-fuck questions, the belt beatings, the experimental drugs and doctors’ visits and furtive glances when the electricity went off because no one had paid the bill?
The rain stopped.
Allison flicked off her wipers and made a left onto her parents’ street. Tiny ranch house after tiny ranch house, all with tiny yards and chain-link fences. She pulled up to their home, behind a grit-sprayed Ford. From the outside, nothing much had changed. Same peach-colored stucco, same white stone-filled flower beds, same crumbling walkway. Though it was nearly spring, a woven-wicker doe and fawn, leftover Christmas decorations, remained in the front yard.
at February 07, 2014