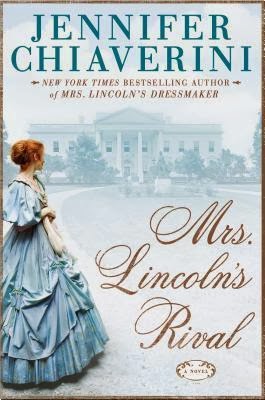 Kate Chase Sprague was born in 1840 in Cincinnati, Ohio, the second daughter to the second wife of a devout but ambitious lawyer. Her father, Salmon P. Chase, rose to prominence in the antebellum years and was appointed secretary of the treasury in Abraham Lincoln’s cabinet, while aspiring to even greater heights.

Beautiful, intelligent, regal, and entrancing, young Kate Chase stepped into the role of establishing her thrice-widowed father in Washington society and as a future presidential candidate. Her efforts were successful enough that The Washington Star declared her the most brilliant woman of her day. None outshone her.”

None, that is, but Mary Todd Lincoln. Though Mrs. Lincoln and her young rival held much in common—political acumen, love of country, and a resolute determination to help the men they loved achieve greatness—they could never be friends, for the success of one could come only at the expense of the other. When Kate Chase married William Sprague, the wealthy young governor of Rhode Island, it was widely regarded as the pinnacle of Washington society weddings. President Lincoln was in attendance. The First Lady was not. 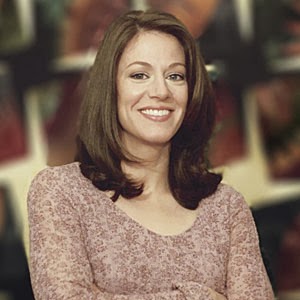 Jennifer Neidenbach Chiaverini was born in Cincinnati, Ohio, but grew up in Waterford, Michigan and Thousand Oaks, California. She received her BA in English from Notre Dame and her MA from the University of Chicago.
After graduate school she moved to State College, Pennsylvania where her soon-to-be husband, whom she met three years before in an undergraduate creative writing course, was working towards his Ph.D. in mechanical engineering at Penn State. There Chiaverini taught part-time for the English department―and struggled to launch her writing career.
At the same time, she began planning her wedding and found herself longing for a beautiful heirloom wedding quilt to commemorate the occasion and brighten up the apartment the Chiaverinis would soon share. Unfortunately, she had no friends or relatives who quilted and could be counted on to make her a quilt for a wedding gift, nor did her tight budget allow her to purchase one. Before long it became obvious that if she wanted a beautiful heirloom quilt, she would have to make it herself.
At that time, State College did not have a quilt shop, so she bought an instruction book and fabric from a discount store and taught herself to quilt. Her passion for quilting quickly grew. Before long she bought herself a sewing machine and taught herself machine piecing and rotary cutting techniques.
After the wedding, Chiaverini continued to teach at Penn State and quilt--while she stumbled through the first pages of her novel. She knew she wanted to write about women and their work, and about valuing the work women choose to do. Friendship was another theme she wanted to explore, especially women’s friendships and the way women use friendship to sustain them and nurture each other. She even had a vague idea about two of the characters, a young woman and her older and wiser friend. Yet she struggled to get beyond the first few paragraphs of any story she started.
Then she realized the answer had been right in front of her all along: she should write about quilters. As Chiaverini explains, “Anyone who works on a quilt, who devotes her time, energy, creativity, and passion to that art, learns to value the work of her hands. And as any quilter will tell you, a quilter’s quilting friends are some of the dearest, most generous, and most supportive people she knows. Two quilters who have just met will be strangers only until their mutual passion for quilting is revealed. Then they can talk for hours like the best of friends.”
Thus, Chiaverini’s first novel, The Quilter’s Apprentice was born. She sent it into Simon & Schuster and had it snatched up from the slush pile by a young editor. The Quilter’s Apprentice immediately hit regional bestsellers lists and sold out at quilt shows across the country. Letters started pouring in from readers asking what happens next to the Elm Creek Quilters. Chiaverini was wisely instructed by her editor to develop a series based on these characters.
In addition to her 14 novels, Chiaverini is the author of 3 quilt pattern books and designs the Elm Creek Quilts fabric lines for Red Rooster Fabrics. She and her husband have two beautiful and brilliant sons and live in Madison, WI.

This is the story of a very accomplished young woman. She has stepped into the shoes of her Mother so to say. Her father has had an illustrious career as a State Senator from Ohio. She has become a First Lady to him, a Hostess, and a brilliant worker on his behalf. Their main goal together is the Presidency of the United States.
Unfortunately Kate's father makes a few big mistakes, and Abraham Lincoln outshines him and becomes President. Knowing what we know, I guess he was blessed!
Thus we see where a rivalry comes from between Mrs Lincoln, and lovely Kate. This book takes you almost daily into the beginning, the War, and then finally the end of the Cival War. What a time to live in Washington D. C. Must have been hard to live in the middle of the action, watching the young determined men march off, and then the casualties of war return.
Kate's Dad still has the ambition to climb to the highest office of the land, and does take a position in Lincoln's Cabinet. We experience of the tragedy of the loss of Lincoln's son, and the snubbing of Kate and her family. There is also a touch of romance, and you will find yourself routing first for one fellow and then the other.
Kate ends up with one, but what a relationship, kinda not happily ever after. I also felt that the ending was a bit rushed, and we missed some closures. There are unanswered questions, I wish there had been a bit more.
All in all I enjoyed this book, and would recommend you read it. You will experience living in the 1860's in most of Eastern US.

I received this book from the Publisher through Net Galley, and was not required to give a positive review.