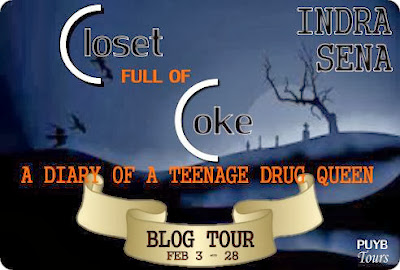 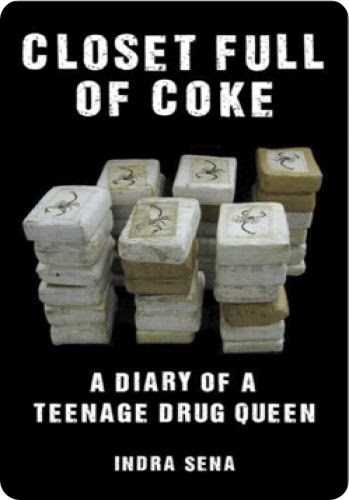 Narrated by the teenage girl who lived it, Closet Full of Coke tells the true story of how a New York suburban fifteen-year-old girl's savvy and wit helps turn the small-time drug business of Armando, a Colombian drug dealer, into a multi-million-dollar cocaine operation that puts them on the DEA's Wanted List.
This intimate diary gives readers a fast-paced glimpse of the couple’s speedy rise to riches, and their inevitable descent.
These wannabe drug lords of the 1980s New York-to-Florida drug scene end their story only three years later with an untimely death, betrayal, and revenge.
Here is a true account of drug dealers whose obsession with money, power, sex, and glamour drives them to a lifestyle of deceit and recklessness, ending in tragedies that destroy lives forever.
Title: Closet Full of Coke
Author: Indra Sena
Publisher: Indra Sena
Pages: 294
Language: English
Genre: Memoir
Format: Paperback & eBook
Purchase at AMAZON

About the Author:
You can visit Indra Sena’s website at www.closetfullofcoke.com. Indra is currently working on her second memoir. It covers two years in her twenties, where she joined the Rainbow Family and traveled the US and abroad.
Her latest book is the memoir, Closet Full of Coke.
Connect & Socialize with Indra
FACEBOOK | GOODREADS

Mesc: A misnomer for tiny, hallucinogenic, purple pills. Mesc is short for the word mescaline, a reference to peyote cactus. The pills do not contain peyote. They are made from low-potency LSD and fillers.

Buy: A wholesale purchase of drugs by a drug dealer.