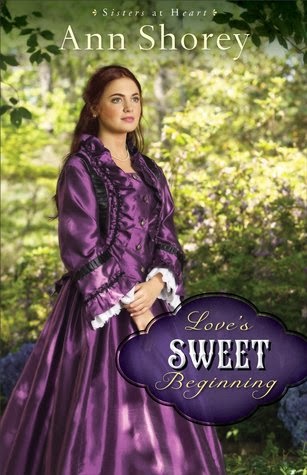 It wasn't Cassie Haddon's fault that she had managed to reach the age of twenty-five without possessing any useful skills. Until the war, she had always had servants to wait on her. Since then, she and her widowed mother had moved from place to place, relying on family to care for them. Now she's forced to find work to support them both. What isn't in her plans is falling for Jacob West, a local restaurateur and grocer. She needs a job and he needs help. But what they both need is love. 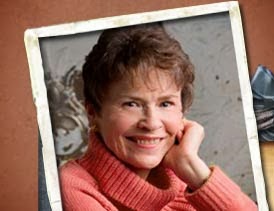 ANN SHOREY has been a story collector for most of her life. Her writing has appeared in Chicken Soup for the Grandma's Soul, and in the Adams Media Cup of Comfort anthologies. She made her fiction debut with the At Home in Beldon Grove series for Revell. The Edge of Light, released in January 2009, is the first in the series, followed by The Promise of Morning and The Dawn of a Dream. Her new Sisters at Heart series for Revell debuted on January 1, 2012, with Where Wildflowers Bloom. Book Two, When the Heart Heals, will release Feburary 1, 2013.
When Ann's not writing, she teaches classes on historical research, story arc, and other fiction fundamentals at regional conferences. She lives with her husband in Oregon.

This story takes place in Noble Springs Kansas. A town that is growing now that the railroad has arrived. We find that there are several towns that stage coach is the only means of transportation, but quickly changing as the rail lines increase across the West.
We have a young woman, who was born with a "silver spoon" in her mouth, but since her father's death and the Civil War, now have no financial support. Her Mother has had them mooching off relatives for quite awhile. Mother Haddon, doesn't want to lift a finger to help or earn her keep, and demands that her daughter Cassie do the same.
Can't you just picture this family coming to your home, and wanting you to wait on them! Ya right! Cassie does seem to have some gumption, and is willing to lend the hand, much to her Mother's disgust. Now you can picture, and your are probably right, a woman of culture, venturing into a restaurant to work. She probably knows where the knives and forks go.
We also have a man, who has lost at love, but has established himself in the grocery and restaurant business, but will his past catch up with him? Is he going to be able to find happiness, or will a face from the past come to haunt him?
Throughout the book, I see God's hand leading, as long as they are will to listen. I really enjoyed reading this book, and wish I could have lingered here a bit longer.

I received this book through Revell's Blogger Program, and was not required to give a positive review.