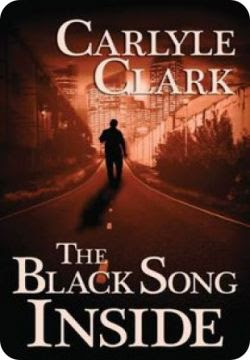 Title: The Black Song Inside
Author: Carlyle Clark
Publisher: Thomas & Mercer
Pages: 435
Language: English
Genre: Mystery/Thriller
Format: Paperback, Kindle, Audiobook
Atticus Wynn and Rosemary Sanchez, newly engaged private investigators, have seen the dark and violent side of life. Nothing, though, has prepared them for an explosive murder investigation that threatens to tear their relationship apart as they struggle to solve a case that could leave them in prison or dead.
Atticus’s manipulative ex-girlfriend bursts back into their lives wielding a secret about Rosemary’s family that she exploits to force the couple into investigating the execution-style slaying of her lover. The case thrusts Atticus and Rosemary headlong into the world of human trafficking and drug smuggling, while rendering them pawns in Tijuana Cartel captain Armando Villanueva’s bloody bid to take over the cartel.
The Black Song Inside is a vivid crime thriller rife with murder and madness, melded with gallows humor and the heroism of two flawed and compelling protagonists who, if they can save themselves, may learn the nature of redemption and the ability to forgive. 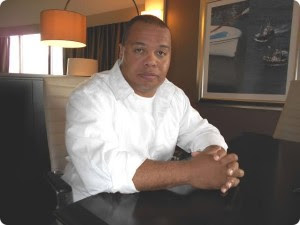 Carlyle Clark was raised in Poway, a city just north of San Diego, but is now a proud Chicagolander working in the field of Corporate Security and writing crime and fantasy fiction. He has flailed ineffectually at performing the writer’s requisite myriad of random jobs: pizza deliverer, curb address painter, sweatshop laborer, day laborer, night laborer, security guard, campus police, Gallup pollster, medical courier, vehicle procurer, and signature-for-petitions-getter.
He is a married man with two cats and a dog. He is also a martial arts enthusiast and a CrossFit endurer who enjoys fishing, sports, movies, TV series with continuing storylines, and of course, reading. Most inconsequentially, he holds the unrecognized distinction of being one of the few people in the world who have been paid to watch concrete dry in the dark. Tragically, that is a true statement.

His latest book is the mystery thriller, The Black Song Inside.
Visit his website at http://carlyleclark.wordpress.com/.

The Story Behind The Black Song Inside

I started out with the idea of writing a mystery and wrote one in first-person and finished it, but it wasn’t quite right. It was solid but nothing special. After reflection, I realized I had hampered myself by sticking to the restrictions of a first-person story and that I was more suited to writing a mystery thriller because it’s more fun to have multiple POVs to show “all sides of the story” and portray the good and bad characters on a collision course.

So then I needed some antagonists who were very compelling because for me the less a reader root for a character to succeed the more entertaining that character should because cookie cutter villains are snoozeville. So then I dreamed up, or rather nightmared up, The Priest. My wife, also an author, was a big help here because she slapped down any cliché aspect that appeared in his character keeping him fresh and frightening.

Finally, I had it all done and professionally edited  but I knew from previous experience that it takes years to get an agent and then years to sign with a big publishing house if that’s what you want to do. By then (October 2012) I had been studying the rise of self-publishing and the birth of Thomas & Mercer and I deduced that I would be better off going Indie since, not having an agent, I had no way to approach Thomas & Mercer. So in November I self-published to moderate success.

Then out of nowhere on May 31st I received an email from a senior editor for Thomas & Mercer stating that he’d read The Black Song Inside and that he loved it and wanted to re-publish it as a Thomas & Mercer title. Naturally, I was thrilled.

The fact that Thomas & Mercer paid travel, room, and board for every one of their authors who had a novel published in 2013 and who wanted to come to Seattle and participate in the On The Lam conference for a weekend confirmed for me that I was with the right company. At the conference I got to meet people I’d been reading for years like Barry Eisler and decades like Aaron Elkins who both said an all expenses event like On The Lam was unheard of.
I was unique as the only author at On The Lam who didn’t have either ridiculous self-pub success or an agent. How they found The Black Song Inside is, ironically, a mystery as they won’t reveal their trade secrets as they call them, but obviously I’m thrilled they did. Regardless I was, and still am, just some yahoo who chased a dream and had a bit of luck.