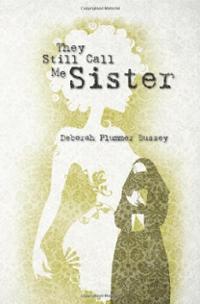 The bonds of sisterhood uncover the truth in a psychologist patient’s alleged suicide. “They Still Call Me Sister” is a fictitious psychological thriller and murder mystery that will trigger conversations about racial identity, sexual orientation, politics and the intersection of religion. Kathy Carpenter, a former Catholic nun turned psychologist, had a patient, Chanelle Trout, who allegedly committed suicide.
Carpenter, aka “Sister Nun,” does not believe her patient took her life. Carpenter embarks on an investigation into her patient’s alternative lifestyle that leads her into a scandalous underground world of sexual obsession, drugs, murder and political corruption. In the process of unraveling this mystery, Carpenter builds a closer relationship with her sister Tina and finds herself relying on her sibling to protect her as she puts her own life in jeopardy to discover the truth. 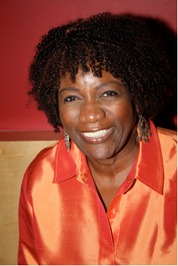 One of Deborah Plummer Bussey’s favorite childhood memories is visiting the local library where she first immersed herself into the world of books, but she never thought that one day she would become a writer. She is now releasing her third book in summer 2013.

Bussey lived in Cleveland, Ohio, until she was recruited to the University of Massachusetts Medical School in New England. She holds a Master of Education degree in community consultation and a doctorate in psychology. She is a psychologist and human resources professional with expertise in diversity management and organizational development.

After a lengthy career as an academic, she discovered a passion for writing. Bussey’s nonfiction self-help book, “Racing Across the Lines: Changing Race Relationships Through Friendships,” released by Pilgrim Press received the publishing company’s Mayflower Award for Best Publication in the church and state category. She is also the editor of the “Handbook of Diversity Management: Beyond Awareness to Competency Based Learning” from University Press of America.Having spent more than a dozen years of her life as a nun, Bussey is the creator of the Sister Nun mystery series. Half Dozen Publications released her debut novel, “They Still Call Me Sister,” in December 2011. Her newest book, “The Family That Stays Together,” is due out in June 2013. Bussey lives in Westborough, Mass., where she is a regular blogger for The Huffington Post.

This is the story of a little girl who grows up and joins the Convent and becomes a Nun. Not unusual, but this little girl was black, and at the time that was unusual. Some of the things she talks about while in the Convent are really funny. Of course, if you died there they gave you a free funeral...wow!
Years later when she leaves the convent and becomes a Psychologist, she is confronted with the horror of loosing a young woman. This girl she has known since she was a youngster, and then had seen her as an adult and patient. When Kathy finds out that Chanelle has died from a drug over dose....she does not believe she took her own life.
Now Sandra is begins playing detective in a dangerous world. She goes to Atlanta and enters her Sister Tina's world. We sure do meet some interesting characters. The Sister's act like Sisters do, we love each other, but we are fair game. Her sister [not the Convent type] are there for her, loved the extended family. As for her Convent Sister...some parts are hysterical.
Get lost in a really good mystery, and some seedy sides of life, and some definitely different ways of living. You have to read to the end to find the "Who Done It"!

I received this book through Orangeberry Book Tours, and was not required to give a positive review