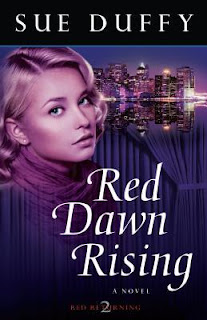 Twenty-seven-year-old Cass Rodino is a hardworking, dedicated set designer on Broadway. But, like the actors who take the stage every night, she is masking a different reality. Her secrets lie deep within past wounds too severe to expose to anyone.

Evgeny Kozlov has secrets of his own. A former KGB assassin, he is trying to outrun the underground revolution he once served. Trying to right his wrongs, he's in a race against time and against a former colleague, Ivan, who has sinister plans to bring down the United States, including an assassination attempt on famed pianist Liesl Bower.

As Cass and Evgeny separately set out to save Liesl from an impending doom, both are hurled into a fierce CIA/FBI dragnet, not knowing that their formidable opponent--a most unlikely predator--is already closing in on them.

Book 2 of the Red Returning Trilogy, Red Dawn Rising mixes suspense, action, and romance in a tale of personal tragedy and triumph that will keep readers pivoting between the evil desires of world powers and the redeeming powers of personal faith, life, and love. 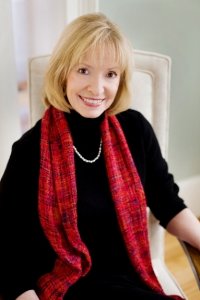 After graduating from the University of Florida with a degree in journalism, Sue Duffy worked as an advertising copywriter for major agencies in Atlanta and Miami for  twelve years. Later, she was a senior writer at Columbia Business Monthly in Columbia, South Carolina, for nine years; and editor of Lake Murray Columbia, the lifestyle magazine of South Carolina's largest newspaper, The State, for eight years. She also is former editor of Reach Out, Columbia, a monthly Christian magazine.

Sue is the author of three published books: Mortals Wounds, Fatal Loyalty, and The Sound of Red Returning (Book 1 in the Red Returning Trilogy). Her fourth novel, Red Dawn Rising, releases in Spring 2013, and the fifth in 2014. She has contributed articles to such Christian publications as Christian Fiction Online Magazine, Moody magazine,  The Presbyterian Journal, Sunday Digest, The Christian Reader, and The PCA Messenger. Her work is also featured in  Stories for a Woman's Heart (Multnomah).

This is the second book in this series of Red Returning, that I have read. It is just as good at the first one, and not one to be missed.
We have return visits and more trials for some of the characters from the first book "The Sound of Red Returning". We also meet some new faces, and are again involved with people who are trying to destroy the USA.
Cass Rodino is carrying unnecessary guilt, she also doesn't see what is right under her nose. Somehow she becomes involved in trying to save Both Liesl Bower, and this Country. We do learn some surprising facts, and some that will really surprise you, and you don't see coming.
Be ready for a lot of action, and what we don't see right in front of us, they look and act like the rest of us, but they are not what they appear. Do you think you really know your next door neighbor? Better yet how about your father or mother.
Don't miss this book that will really make you think, it is all possible.

I received this book through Kregel Publishing, and was not required to give a positive review.