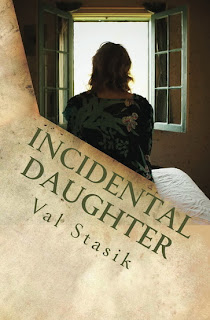 When successful publisher Liz Michaels’ marriage to blue blood, Addison Tiffin Payne, fails after the loss of their baby and his growing alcoholism, she pours all her creative energy and passion into her work and finds comfort in her friendship with the co-owners of her company as well as the appearances of the spirits of her Polish mother and grandmother, who never speak except in dreams she cannot remember. Only her feelings from those dreams linger.
When Liz’s ex-husband plans to stage her suicide by pushing her off the balcony of her high-rise home in order to collect on a life insurance policy, he topples to his death instead. When the police arrive, Liz, the potential victim, becomes the prime murder suspect. She meets Pittsburgh Police Detective Jim Shannon, who may threaten her freedom or possibly gain her love. Her life is further complicated by her former mother-in-law’s attempts to destroy her reputation and damage her career. Her swirling feelings are complicated by the simultaneous appearance of a talented, familiar-looking intern at her workplace. He turns out to be her half-brother, but he is unaware of their connection. Although Liz is finished with a past that included a botched meeting with her biological father, the past is not done with her, for the intern and Shannon link her to that past. The cause of her ex-husband’s death is determined and Shannon and his partner, Santello, arrest the person responsible for what led to his death.
Internal conflict is soon compounded by external threats created by her former mother-in-law as well as someone seeking revenge on Shannon and his fellow detective. Just as Shannon and Liz are getting better acquainted, he is gunned downed, but survives. When Liz is leaving Shannon’s hospital room, she passes a woman whom she doesn’t realize is her dead father’s wife. The woman, Eileen, is also Shannon’s sister and notices the resemblance to her dead husband. Eileen did not learn of the existence of her husband’s daughter until after his death. This encounter sets in motion a series of touchy revelations and family get-togethers. All seems to be going well until Payne’s grieving mother decides to make Liz pay for Payne’s death. Warned by the mother’s housekeeper, Detective Santello and another detective rush to Liz’s office. In the shootout, Payne’s mother is killed but not before killing Santello who took the bullet meant for Liz. Will Liz be destroyed by this vortex, or will she use the crisis to open the door to a second chance at love and family? 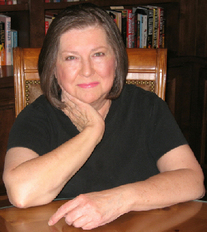 Val Stasik shares a home in eternally sunny Santa Fe, NM, with her aging mixed terrier, Sugar, who allows her to sleep in his queen-size bed as well as sharpen her culinary skills for his benefit. Stasik spent many years as a writing teacher, helping other writers find their voice and tell their stories, and is a consultant for the Northern Virginia Writing Project. INCIDENTAL DAUGHTER is Stasik’s debut novel.
Stasik studied drama and English at the University of Pittsburgh and then transferred to the University of Maryland, College Park, graduating with high honors and a B.S. in Secondary Education, Communication. The year she attended graduate school was filled with student protests, bomb threats, and military helicopters.
Stasik became an editorial assistant for THE PHARMACOLOGIST in Bethesda. She then moved to Harpers Ferry where she taught for five years and participated in the Old Opera House Theatre onstage and behind the scenes.
In Harrisburg, PA, she became a groom and mutuels clerk at Penn National Race Track and, later, a commercial lines underwriter for Pennsylvania National Mutual Casualty Insurance Company. Right before her son was born, Three Mile Island happened. So far, neither glows in the dark.
In Virginia, Stasik enjoyed the enriching experience of teaching writing and literature in the Loudoun County Public School system, instructed other teachers in assessing student writings, and helped develop various English curricula. She also participated in the Fauquier Community Theatre on and off stage. From 2002-2004, she developed a part-time hypnosis practice. She then retired to Santa Fe where she has been writing—a few film scripts that have been produced (Café Destiny, on the Web,  Spring 2013, www.cafe-destiny.com) and a couple of award-winning play scripts.
Stasik is currently a member of the New Mexico Book Association, the New Mexico Book Co-Op; Southwest Writers; the Independent Book Publishers Association; the Small Publishers’ Association of North America; the Small Publishers, Artists, and Writers Network; and Pennwriters.
Visit her website at www.ValerieStasik.com.

This story is a real page turner. Once you start, you will keep going until you have all the answers.
Liz Michael's grew up not knowing her real Dad. She had a step-father, but he just tolerated her. Her Mother told her about her Dad, when she was nineteen, and the next day her Mother committed suicide.
Now that she has the information, she looks for her Dad, but only meets him once. You will wonder if either of them has given the other a chance.
When Liz's Ex-Husband is found dead, she goes under investigation. One of the Detectives handling the case is Jim Shannon, and we find out what a small world we live in.
We ride a boat load of emotions throughout the book, there is more than one murder, and a plot of another. There are family members that are not comfortable with maybe a new sister. If Jim can get Liz to look at him, can they have a relationship, or is there just to much baggage?
You will delight in some of the situations here, and want to cry in others. All in all a really good read, and a fast one at that.

I received this book through Pump Your Book Virtual Book Tours, and was not required to give a positive review.
at June 19, 2013