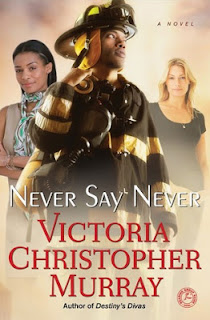 In this emotionally charged and inspiring novel, a passionate and dangerous love affair threatens to destroy both a marriage and a friendship.

When Miriam’s fireman husband, Chauncey, dies in a school fire, Miriam feels like her life is over. How is she going to raise her three children all by herself? How will she survive without the love of her life? Luckily, Miriam’s sister-friend Emily—and Emily’s husband, Jamal—are there to comfort her. As Chauncey’s best friend, Jamal is happy to step in and help Miriam with the funeral and her children, and he gives her hope that she has a future. But all the time that they spend together—grieving, sharing, and reminiscing—brings the two closer in ways they never planned, and they soon find themselves in the middle of a heated affair.

Lost in the fog of grief and lust, neither is even sure if their passionate affair is real. While Jamal is filled with guilt, sure that this new relationship is all about loss, Miriam believes that she is in love. But then, Emily finds out, and Emily and Jamal have to deal with this woman scorned—and her hunger for revenge. In this tangle of love, longing, and loyalty, can any of the relationships survive? 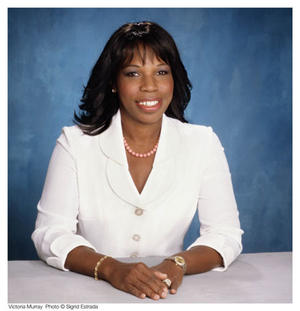 Victoria Christopher Murray always knew she would become an author, even as she was taking an unlikely path to that destination. A native of Queens, Victoria first left New York to attend Hampton University where she majored in Communication Disorders. After graduating, Victoria attended New York University where she received her MBA.
Victoria spent ten years in Corporate America before she tested her entrepreneurial spirit. She opened a Financial Services Agency for Aegon, USA where she managed the number one division for nine consecutive years. However, Victoria never lost the dream to write and when the “bug” hit her again in 1997, she answered the call.
Victoria originally self published her first novel, Temptation and in 2000, Time Warner published that novel. Temptation made numerous best sellers list and remained on the Essence bestsellers list for nine consecutive months. In 2001, Temptation was nominated for an NAACP Image Award in Outstanding Literature.
Since Temptation, Victoria has written fifteen other adult novels, including: JOY, Grown Folks Business, The Ex Files, The Deal, the Dance and the Devil, her newest novel, Never Say Never and the popular Jasmine Cox Larson Bush series.  In 2012, Victoria joined ReShonda Tate Billingsley to write two collaborations, Sinners and Saints, and Friends and Foes which pits Victoria's Jasmine character against Rachel Adams, a first lady created by ReShonda.
Victoria has received numerous awards including the Golden Pen Award for Best Inspirational Fiction and the Phyllis Wheatley Trailblazer Award for being a pioneer in African American Fiction.  Since 2007, Victoria has won six African American Literary Awards for best novel, best Christian fiction and Author of the Year - Female.  Her 2013 NAACP Image Award nomination for Destiny's Divas was her second Image Award nomination.
In 2008, Victoria’s first novels in her Christian fiction teen series - The Divine Divas – were published and were optioned to become a television series.  She is currently in negotiations for her novel, The Ex Files, to become a movie.
With over one million books in print, Victoria is one of the country's top African American contemporary authors.
Victoria splits her time between Los Angeles and Washington D.C. In Los Angeles, she attends Bible Enrichment Fellowship International Church under the spiritual tutelage of Dr. Beverly “BAM” Crawford and in Washington, D.C., she fellowships at Metropolitan Baptist Church under Dr. H. Beecher Hicks, Jr.  She is also a member of Delta Sigma Theta Sorority.

The title says it all. Most people would say the same thing, but when the chips fall? Betrayal happens?
We being this story with three very close friends, room mates through college. There for each other no mater what...Sister's. Yes Sister's in all ways but blood. While they are lunching together the celebrity newscaster between them, Michellelee, receives a call about a School fire. She needs to go and cover it, but the other two both have husband firefighter husbands.
The unthinkable happens to one of them, Miriam, her husband Chauncy is killed. The "Sister's" rally around their "Loved" one.
Now Emily, another "Sister" and her husband Jamal, both come to support Miriam and her three boys. Jamal grew up with Chauncy, now they are firemen together. They are both Godparents to Chauncy's oldest son, Jr.
While Emily needs to do her job, and ends up being gone, trying to help a six year old, through the loss of her twin sister. Now that leaves Jamal and Miriam to console each other. What an innocent set up. Yes, and this is where we would say "never", but they are hurting so much.
While I at first blamed Jamal, and you will need to judge for yourself, it doesn't make it right. What a story this author has presented to us. She has woven such an emotional, heartbreaking tale. It becomes a fast read, you need to find out how things are going to turn out.
Take advantage of the free preview, and I guarantee you will be reading the rest of this book. It is about love and life, and of course forgiveness.

I received this book though the Publisher Simon & Schuster, and was not required to give a positive review.