Kregel Publications Presents: A Season of Mysteries: A Novel, by Rusty Whitener 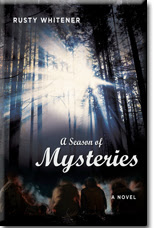 Some may think the ability to recall entire conversations verbatim is a remarkable gift. But to fifty-year-old Dr. Richard Powell, it is a disruptive burden. He is being haunted by words. The words take him back to 1976, to the unforgettable summer when he and his friends of Boy Scout Troup 44 first witness an epic conflict between good and evil.
Faith was relatively new to Zack, Donnie, Skeeter, and the other boys who had played together on the 1971 champion Little League team. That baseball season was forever imprinted on their souls, due in large part to the life-changing actions of a boy named Rafer. But this summer--they would discover the real depth of their souls and the dangerous influences battling for control of their lives.

A follow-up to Whitener's acclaimed debut novel, A Season of Mysteries takes readers back to a time between the innocence of childhood and the uncertainty of teenage years; where girls, studies, and life's bigger issues become a reality. With the same gripping prose that made Whitener an award-winning screenplay writer, A Season of Mysteries explores the seen and unseen spiritual powers at work and the Ultimate Power who controls it all. 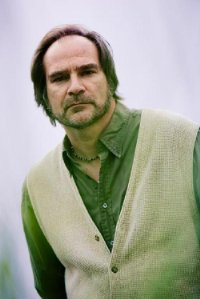 Rusty Whitener's first novel "A Season of Miracles" (2010, Kregel) earned two Christy Award nominations and won the Gold Medal with Foreword Review's Book of the Year awards in Religious Fiction. Whitener's screenplay adaptation of his novel won the L.A. Movieguide Award, Kairos Prize (2nd Place) and was made into a movie starring John Schneider ("October Baby," "Dukes of Hazzard") and Grayson Russell ("Diary of a Wimpy Kid"). His second novel, "A Season of Mysteries," released in May 2013 (Kregel; Grand Rapids, MI). Whitener pastored a church for twelve years before venturing onto a new quest to touch people through his Writing and Acting. Having studied Acting at the American Academy of Dramatic Arts in New York City, he has appeared in many movie roles, and television, and enjoys writing screenplays as well as novels. He holds a D.Min. and J.D., and graduated from Wheaton College in Wheaton, Illinois. For more about Rusty, visit www.rustywhitener.com

My Review:
We meet Dr Richard Powell in the beginning of the book. He is at the home of Dr David Woodruff. He has a unique gift, or curse? Depends on how you look at it. He proves it with recounting every word that had been spoken at the house, since he arrived. He is there to recount a complete dialogue of the summer of 1976. A time of his youth, and challenge to his faith.
He was growing up that summer, a gifted learner. He has his first date with Julie Prevette, he is also on the winning Little League Team. We are with him when he learns how to pitch, with the help of Mr Peachy, and again when he remembers and uses the pitch!!
You will love the antics of these young teens, and the dialogue he remembers verbatim. Typical boys being boys!
We learn about UFO's...Demons??? What an interesting way to describe them. We also experience Spiritual Warfare with these teens, and challenges to their new found faith.
Enjoy the story of Good over Evil, God over Satan. It is a real page turning, fast pace read.

I received this book through Kregel Publishing, and was not required to give a positive review.
Heads Up:  The Kindle version of A Season of Mysteries will be free June 6 and 7. Link to the to the Kindle page on Amazon:  http://ow.ly/kex3i