Thankful for Books Giveaway Hop: Wallflower In Bloom by Claire Cook and Sandwich with a Side of Romance 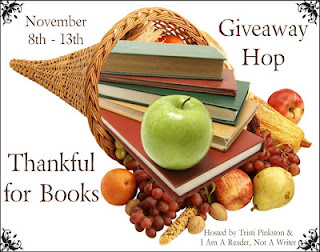 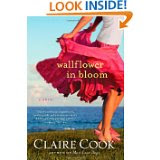 From the acclaimed bestselling author of Must Love Dogs comes a winning and witty new novel about a woman who emerges from the shadow of her overbearing family and finds herself “dancing with the stars.” Deirdre Griffin has a great life; it’s just not her own. She’s the around-the-clock personal assistant to her charismatic, high-maintenance, New Age guru brother, Tag. As the family wallflower, her only worth seems to be as gatekeeper to Tag at his New England seaside compound.

Then Deirdre’s sometime boyfriend informs her that he is marrying another woman, who just happens to be having the baby he told Deirdre he never wanted. While drowning her sorrows in Tag’s expensive vodka, Deirdre decides to use his massive online following to get herself voted on as a last-minute Dancing with the Stars replacement. It’ll get her back in shape, mentally and physically. It might even get her a life of her own. Deirdre’s fifteen minutes of fame have begun.

Irresistible and offbeat, Wallflower in Bloom is an original and deeply satisfying story of having the courage to take a leap into the spotlight, no matter where you land.


Also Sandwich With a Side of Romance by Krista Phillips 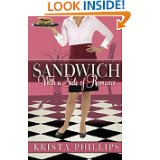 She moved to Sandwich, Illinois, in search of a new life, but ended up in a giant pickle. Sandwich represents hope for twenty-year-old Maddie Buckner and Kyle, the eleven-year-old brother Maddie wants to spring out of foster care. Then she loses her new job after less than a day. It 's all Reuben-the-Jerk 's fault, and she 's determined to make him right the wrong. He does so, reluctantly, by giving her a job at his restaurant, The Sandwich Emporium. Then crazy things start happening at the restaurant, and Kyle 's foster parents apply to adopt him. To stop it all, Maddie must learn the art of humbling herself and accepting the help God has arranged, risking her heart to Reuben in the process. And she d rather eat a million corned-beef on rye sandwiches than do that.