Pump Your Book Virtual Tours Presents: Beside Two Rivers (Daughters of the Potomac, # 2) by Rita Gerlach 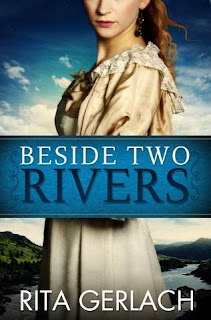 Darcy’s story and the sequel to Before the Scarlet Dawn:

Eliza Morgan’s daughter seeks to unravel a lifetime of memories and the absence of her parents, unaware that the young Englishman who loves her holds the answers. Her search takes her far from her beloved home along the Potomac, to a manor house in faraway England.

Will she discover the secrets of the past and be reunited with the most important people in her life? Will Hayward and Eliza find peace and reconciliation? Will Darcy’s faith sustain her to make the difficult choices, and will love endure? 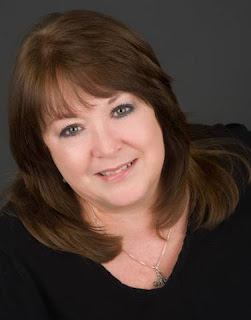 Rita Gerlach lives with her husband and two sons in a historical town nestled along the Catoctin Mountains, amid Civil War battlefields and Revolutionary War outposts in central Maryland. In many of her stories, she writes about the struggles endured by early colonists, with both American and English settings. Her new historical series for Abingdon Press entitled ‘Daughters of the Potomac‘ was launched in February 2012, with Before the Scarlet Dawn, book 1, followed by Beside Two Rivers, and Beyond the Valley to be released in February 2013. In 2009, Abingdon Press released Surrender the Wind, which gained four and five star reviews.

You can visit her blog at http://ritagerlach.blogspot.com. 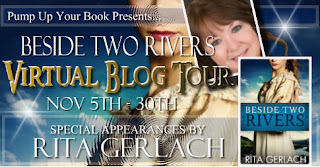 Beside Two Rivers is a story of love and forgiveness. The time period is just after the Revolutionary War, and takes place in Maryland and England.
Although this is the second book in this series, one does not have had to of read to the first to enjoy this one, however, I highly recommend you do.
I loved the way Uncle Will and Aunt Mari treated Darcy as one of their own, and made her feel like she was their daughter. Darcy though, has always wondered why her father left her, and never came back?
You will feel drawn to these character's, and the Grandmother was not what I expected. Time has a way of healing old wounds. The author has such away with words, I felt I was in these old English cottages, and visiting the ruins. She has also done a great job of presenting a look into Colonial America, and we go with her in this journey. I love how things appear one way and turn out another, this is a real page turner, and a very quick great read.

I received this book through Pump Your Book Virtual Tour, and was not required to give a positive review.