Book: Into the Fog 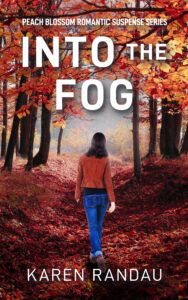 Love and danger spar in this thrilling romantic suspense novel.

Hands push Marie Jessica (“MJ”) Goodrich from a rural roadway into an icy creek. The clock is ticking for her pleading friend on the other side of the ravine.

Running from flashbacks of a life-altering attack in Afghanistan, MJ takes refuge with her mother, managing Peach Blossom Orchard. But peace is elusive in a rural Oklahoma town full of secrets.

After losing his wife and children in a fatal car crash, Josh Rivers doubts he deserves a second chance at love. He can’t believe his bad luck when MJ, the woman who plagues the nightmares of his military service in Afghanistan, shows up in his hometown. She claims a driver ran down and abducted her friend Kelsey. Frustrated with the county sheriff’s investigation, MJ and Josh partner to follow clues that lead to a kidnapper who demands a bizarre ransom.

With danger increasing for everyone MJ loves, will the clock run out before they solve the mystery? Find out how MJ and Josh—swirling in a whirlwind of mystery and suspense—lean on their mutual faith to find answers, courage, forgiveness, healing … and wholesome romance.

If you like to read Christy Barritt and Colleen Coble, you’ll love Into the Fog, a keep-you-up-at-night clean romantic suspense novel that launches the Peach Blossom Romantic Suspense series. 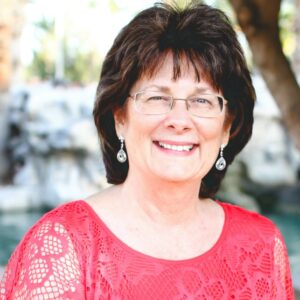 Karen Randau a best-seller author of fast-paced mystery, thriller, and suspense books from her home in the picturesque mountains of Arizona. She enjoys cooking, hiking, and hanging out with her family. In addition to the Peach Blossom Romantic Suspense series, her books include the Frankie Shep Mystery-Suspense Series, the Kayla Walsh Suspense Series, and Rim Country Mysteries.

Into the Fog is set in a farming community outside Tahlequah, Oklahoma, home of the Cherokee Nation, the largest of the 39 Native American tribes in Oklahoma.

One thing is for sure: Oklahoma has a culture all its own, rightly earned by its confusing history. Many of these cultural oddities are explored in Into the Fog.

Marie Jessica “MJ” Goodrich served with the Army Rangers in Afghanistan until a bomb gave her a life-altering injury and a case of PTSD. She believes her injuries were so bad that no man will ever want to marry her. Besides, her mother’s failing memory and the peach orchard keep her too busy to embark on a romantic relationship.

Josh Rivers always wanted to be an artist, but he’s stuck running the auto shop he inherited. He’s dreamed of MJ ever since he pulled her from a bombed marketplace in Afghanistan, and it cost him his wife and children. He doesn’t believe he deserves another chance at love, but he prays for companionship anyway—and finds MJ unconscious in a ravine moments later. Could a guy’s luck get any worse?

The question answered in Into the Fog is: Will Josh die saving MJ again, or will they get out of the whirlwind of mystery and danger swirling around them in time to find their happily ever after?

Because I said so — and other adventures in Parenting, November 28

For Him and My Family, November 29

Lights in a Dark World, December 3 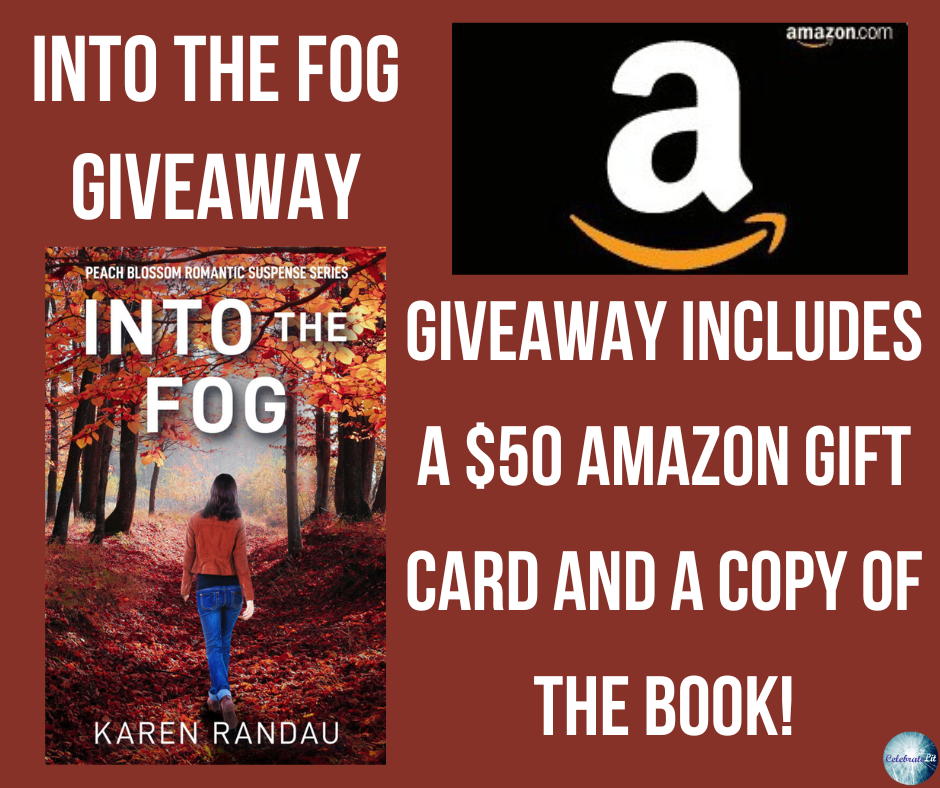 To celebrate her tour, Karen is giving away the grand prize package of a $50 Amazon gift card and an eBook copy of the book!!