All Through the Night by Tara Johnson 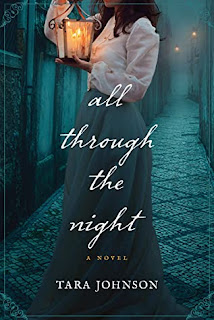 With her stammering tongue and quiet ways, Cadence Piper has always struggled to be accepted. After the death of her mother, Cadence sets her heart on becoming a nurse, both to erase the stain her brother has left on the family’s honor and to find long-sought approval in the eyes of her father. When Dorothea Dix turns her away due to her young age and pretty face, Cadence finds another way to serve . . . singing to the soldiers in Judiciary Square Hospital. Only one stubborn doctor stands in her way.

Joshua Ivy is an intense man with a compassionate heart for the hurting and downtrodden. The one thing he can’t have is an idealistic woman destroying the plans he’s so carefully laid. When the chaos of war thrusts Cadence into the middle of his clandestine activities, he must decide if the lives at stake, and his own heart, are worth the risk of letting Cadence inside.

Everything changes when Joshua and Cadence unearth the workings of a secret society so vile, the course of their lives, and the war, could be altered forever. If they fight an enemy they cannot see, will the One who sees all show them the way in the darkest night? 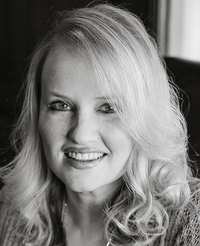 Tara writes stories that help people break free from the lies they believe about themselves. Tara is a history nerd, a passionate lover of comedy, and will happily play basketball with anyone who asks. She writes historical romance, and her favorite love is the Civil War.

Tara’s debut novel Engraved on the Heart (Tyndale) earned a starred review from Publishers Weekly, and finaled in the Carol and Christy Awards. She has articles published in Plain Truth Magazine and Live It Loud Magazine and has been a featured guest on Voice of Truth radio, Enduring Word radio, television and podcasts. Tara is a member of ACFW and is represented by Janet Grant of Books & Such Literary Agency. She, her husband, and children live in Arkansas.

What a great read, one you never want to put down, because you never see most of what happens coming!
The book is set during a horrible time in US history, the Civil War, and we are walking with the medical personnel, and see what now is the primitive procedures that were used on these injured men. What we take for granted!
The author gives us a young woman, whom because she stutters, was told that she was a slow learner and would never achieve much, again primitive practices!
Then we are given a medical doctor, with such a big heart he risks everything to help free people in bondage. He also does more and fills his home.
Now you think what would these two would have nothing in common, but when we get to know Cadence, and her magical voice [through the author], and Joshua and his compassion, they are throned together during the horrors of war.
Setting for this story is Washington DC, and the wounded are brought to this city, and so are the people who want people to remain in bondage, and to be rid of those who would help them!
We know how things turn out, but this is an eye opener of how these brave souls fought to help others!

I received this book through Edelweiss and the Publisher Tyndale House, and was not require4d to give a positive review.