To Steal a Heart (The Bleaker Street Inquiry Agency, #1) by Jen Turano After a childhood as a street thief, Gabriella Goodhue thought she'd put her past behind her until a fellow resident at her boardinghouse is unjustly accused of theft. In the middle of breaking into a safe that holds the proof to prove her friend's innocence, Gabriella is interrupted by Nicholas Quinn, the man she once considered her best friend--until he abandoned her.

After being taken under the wing of a professor who introduced him into society and named him as heir, Nicholas is living far removed from his childhood life of crime. As a favor to a friend, Nicholas agreed to help clear the name of an innocent woman, never imagining he'd be reunited with the girl he thought lost to him forever.

As Gabriella and Nicholas are thrown together into one intrigue after another, their childhood affection grows into more, but their newfound feelings are tested when truths about their past are revealed and danger follows their every step. 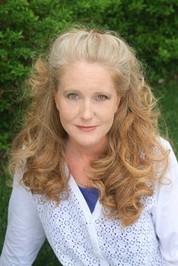 amed One of the Funniest Voices in Inspirational Romance by Booklist, Jen Turano is a USA Today Best-Selling Author, known for penning quirky historical romances set in the Gilded Age. Her books have earned Publisher Weekly and Booklist starred reviews, top picks from Romantic Times, and praise from Library Journal. She’s been a finalist twice for the RT Reviewers’ Choice Awards and had two of her books listed in the top 100 romances of the past decade from Booklist. When she’s not writing, she spends her time outside of Denver, CO. Readers may find her at www.jenturano.com - https://www.facebook.com/jenturanoaut... , https://www.instagram.com/jenturanoau... or on Twitter at JenTurano@JenTurano.

As you begin this book you are about to go too balls and mingle with the 400, not don't get too comfortable or dazzled, these people, for the most are snobs.
Kind of a Robin Hood going on here, but these are former pick pockets as children, and you are going to see how they act as adults. Keep reading secrets and bombshells begin falling, and we are there to watch them drop.
An entertaining read for sure, and if you've read this author before, she doesn't disappoint!
I received this book through Net Galley and the Publisher Bethany House, and was not required to give a positive review.