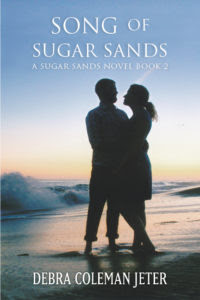 Acadia Powers knows herself to be too selfish, too sinful, and too skeptical in her faith to marry a preacher. And yet she does. God truly does work in a mysterious way. Acadia nearly lost her faith at an early age due to what she saw as the hypocrisy of her parents’ generation. In college—where the novel begins—she meets and falls in love with Peter O’Neil, who is fervent in his faith and wants to share the good news with the world. Can she reach deep enough inside, or beyond herself, to find what she needs to keep on trying, or has she made too many mistakes already? 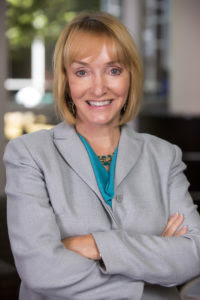 Jeter is thrilled her most recent novel, Song of Sugar Sands, has received acclaim as a Finalist in the Christian Fiction category of the 2020 Next Generation Indie Book Awards. A Professor Emerita at Vanderbilt University, Debra Coleman Jeter has published in popular magazines, including Working Woman, New Woman, Self, Home Life, Savvy, Christian Woman, and American Baby. Her first novel, The Ticket, was a finalist in two categories for a Selah Award. Her short story, “Recovery,” won first prize in a competition sponsored by Christian Woman; and her book “Pshaw, It’s Me Grandson” was a finalist in the USA Book News Awards. She is a co-writer of the screenplay for Jess + Moss, a feature film which premiered at the Sundance Film Festival, screened at nearly forty film festivals around the world, and captured several international awards.

She loves to be in the water—whether snorkeling, water skiing, boogie boarding, or just floating around—which may explain the setting for her newest series. Her family suspects her of being selkie. The Sugar Sands novels are set in a small beach community in LA (lower Alabama). Each book in the series stands alone.

I’m thrilled that Song of Sugar Sands earned recent acclaim by being named a Finalist in the 2020 Next Generation Indie Book Awards in the category “Christian Fiction.”

Although I’ve always been someone who seeks a higher power (and feels such a presence in my life), I’m also a person who struggles with doubts: doubts about churches, denominations, religion, and myself.  So I decided to put a character with these kinds of doubts (Acadia) in a relationship with a man of such a deep faith he feels compelled to share his faith with everyone he encounters (Peter).

Song of Sugar Sands is a novel about—in the words of William Faulkner—the human heart in conflict with itself. Who hasn’t, at least occasionally, struggled with doubts about her faith in God or about God’s personal interest in her life? Also, relationships are difficult at their best, but particularly so when the individuals have differing views on faith. Still, there is hope. Song of Sugar Sands tells the journey of Acadia’s relationship with Peter and of her path toward deeper faith.

Inspiration for characters: My daughter, like Acadia, went to Pepperdine University. She met her husband, Jared, in California. Jared’s father and brother were both ministers, but Jared had no interest in this career path. I decided it would be more interesting to make Peter O’Neil the opposite—the first man of faith in his family, while Acadia struggles with her faith. In the novel, Beatrice Wood is a widow who befriends Acadia and helps her through a difficult time. Beatrice is based loosely on a friend of mine from church, who mourned the passing of her husband even as she became a strong business woman. The character Sybil was inspired by one of my former students.

For Him and My Family, October 30

Because I said so — and other adventures in Parenting, November 1

To celebrate her tour, Debra is giving away the grand prize package of a $20 Starbucks gift card and a signed copy of the book!!