The Librarian of Boone's Hollow by Kim Vogel Sawyer 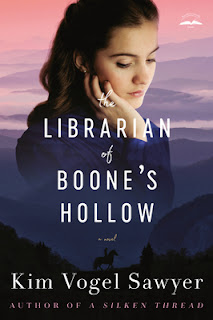 A traveling librarian ventures into the mining towns of Kentucky on horseback—and learns to trust the One who truly pens her story—in this powerful novel from the best-selling author of A Silken Thread.

During the Great Depression, city-dweller Addie Cowherd dreams of becoming a novelist and offering readers the escape that books had given her during her tragic childhood. When her father loses his job, she is forced to take the only employment she can find—delivering books on horseback to poor coal-mining families in the hills of Kentucky.

But turning a new page will be nearly impossible in Boone's Hollow, where residents are steeped in superstitions and deeply suspicious of outsiders. Even local Emmett Tharp feels the sting of rejection after returning to the tiny mountain hamlet as the first in his family to graduate college. And as the crippled economy leaves many men jobless, he fears his degree won’t be worth much in a place where most men either work the coal mine or run moonshine.

As Addie also struggles to find her place, she’ll unearth the truth about a decades-old rivalry. But when someone sets out to sabotage the town’s library program, will the culprit chase Addie away or straight into the arms of the only person who can help her put a broken community back together? 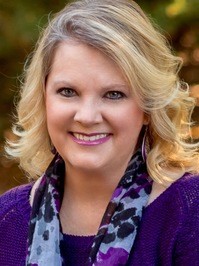 Award-winning, bestselling author Kim Vogel Sawyer told her kindergarten teacher that someday people would check out her book in the library. The little-girl dream came true in 2006 with the release of Waiting for Summer's Return. Kim's titles now exceed 1.5 million copies and are available in six different languages. A former elementary school teacher, she now enjoys a full-time writing and speaking ministry. Kim's passion lies in writing stories that point the reader to a deeper, more intimate relationship with God. When Kim isn't writing, you'll find her traveling with her retired military hubby, spoiling her granddarlings, petting the cats, quilting, or--as time allows--participating in community theater. You can learn more about Kim's writing and speaking ministries at her website, KimVogelSawyer.com.

I have read many books by this author, and this one is so good. Set during the great depression in the 1930s, and how it changed so many lives.
For such a hard time in this countries history, most of the character's here show such great faith and have upbeat outlook on life and a real love of God. With the little they have they are willing to share with those less fortunate.
Come travel the mountain trails of Kentucky, where most of these folks eke out a living working at the coal mines. With the decline in the economy President Roosevelt establishes the WPA, Work Projects Administration, and establishing a library on horseback to deliver to this remote hilly area.
You will quickly have some favorite characters, and some you really won't care for, but, I found my opinions changing for some by the end!
I received this book through Net Galley and the Publisher Waterbrook, and was not required to give a positive review.