A Portrait of Loyalty (The Codebreakers, #3) by Roseanna M. White 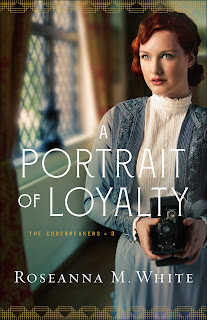 Zivon Marin was one of Russia's top cryptographers until the October Revolution tore apart his world. Forced to flee to England after speaking out against Lenin, Zivon is driven by a growing anger and determined to offer his services to the Brits. But never far from his mind is his brother, whom Zivon fears died in the train crash that separated them.

Lily Blackwell sees the world best through the lens of a camera and possesses unsurpassed skill when it comes to retouching and re-creating photographs. With her father's connections in propaganda, she's recruited to the intelligence division, even though her mother would disapprove if she ever found out.

After Captain Blackwell invites Zivon to dinner one evening, a friendship blooms between him and Lily that soon takes over their hearts. But both have secrets they're unwilling to share, and neither is entirely sure they can trust the other. When Zivon's loyalties are called into question, proving him honest is about more than one couple's future dreams--it becomes a matter of ending the war. 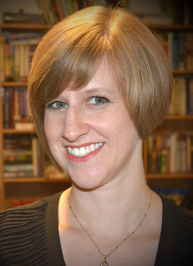 Roseanna M. White is a bestselling, Christy Award nominated author who has long claimed that words are the air she breathes. When not writing fiction, she’s homeschooling her two kids, editing, designing book covers, and pretending her house will clean itself. Roseanna is the author of a slew of historical novels that span several continents and thousands of years. Spies and war and mayhem always seem to find their way into her books…to offset her real life, which is blessedly ordinary. She and her family make their home in the beautiful mountains of West Virginia. You can learn more about her and her stories at www.RoseannaMWhite.com.

I so enjoyed this series and this latest addition was no exception, and so very timely considering what is happening in the world.
You will also have a greater understanding of the White and Red Russian, and make sure you read the author's notes at the end!
Who do you trust, and things get twisted so once you make up your mind, many will change theirs.
There is a bit of sweet romance, some very sad happenings, and a finding of the faith that you thought you lost.
We walk with these folks that you will soon care about, as they are fighting the evil of WWI, and learning more about those who help win the victory.
Yes, this book can stand alone, but you once you've read this one, you will be grabbing the others.