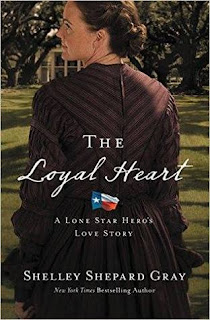 Robert came to Galveston to fulfill his promise to a dying man and look after his widow. He didn’t expect to find love in the unlikeliest of places.


Robert Truax, former Second Lieutenant and Confederate officer in the Civil War, made a promise to his comrade Phillip Markham. If anything happened to Phillip, Robert would look after his beloved wife, Miranda. She was his life, his world, his everything.


After the war, Robert is left to pick up the pieces and fulfill his pact. When he arrives at Miranda's home in Galveston, Texas, things are worse than he imagined. Phillip's name has been dragged through the mud, everyone in town believes him to be a traitor, and his widow is treated as an outcast. Even more disturbing is her emotional well-being. Miranda seems hopeless, lost, and so very alone.


Robert had thought his duty would be simple. He would help Miranda as quickly as possible in order to honor a promise. But the moment Robert laid eyes on her, his plans changed. He's mesmerized by her beauty and yearns to help her in any way he can.


He makes it his duty to protect Miranda, turn her reputation around, and to find some way to help her smile again. But it doesn't prove to be an easy task—Robert knows something about Phillip that could shake Miranda to the core and alter her view of the man she thought she knew so well.

I grew up in Houston, Texas, went to Colorado for college, and after living in Arizona, Dallas, and Denver, we moved to southern Ohio about ten years ago.
I’ve always thought of myself as a very hard worker, but not ‘great’ at anything. I’ve obtained a bachelor’s and master’s degree…but I never was a gifted student. I took years of ballet and dance, but I never was anywhere near the star of any recital. I love to cook, but I’m certainly not close to being gourmet…and finally I love to write books, but I’ve certainly read far better authors.
Maybe you are a little bit like me. I’ve been married for almost twenty years and have raised two kids. I try to exercise but really should put on my tennis shoes a whole lot more. I’m not a great housekeeper, I hate to drive in the snow, and I don’t think I’ve ever won a Monopoly game. However, I am the best wife and mother I know how to be.
Isn’t it wonderful to know that in God’s eyes that is okay? That from His point of view, we are all exceptional? I treasure that knowledge and am always so thankful for my faith. His faith in me makes me stand a little straighter, smile a little bit more, and be so very grateful for every gift He’s given me.
I started writing about the Amish because their way of life appealed to me. I wanted to write stories about regular. likeable people in extraordinary situations-and who just happened to be Amish.
Getting the opportunity to write Inspirational novels is truly gratifying. With every book, I feel my faith grows stronger. And that makes me feel very special indeed.

Miranda Markham is having a rough time, and has seriously considered taking her life, she can’t take it any more, but who is sending the letters that are pulling her down. She also has to deal with her late husbands, Lieutenant Phillip Markham a Confederate Officer in the Civil War, Mother and Sister. They are angry and nasty women, but do they have a right, the house they want back was built by Phillips father, and has always been their home.
There is some help on the horizon for Miranda when Robert Truax, a Second Lieutenant, and friend of Phillips. Unknown to Miranda the men Phillip served with made a pack to help each other families if the unimaginable happened. So when word reaches the men Robert is sent to look into the situation, and you will not believe how a southern city of Galveston, Texas is treating a war hero’s widow!
Will help come in time to save Miranda and her beloved help that run her boarding house with her? Who is so evil to want to take her home, when she has actually made the ultimate sacrifice? Answers are here and you are going to be surprised why this is happening, or maybe not, but once that first page is turned you will not want to put it down.
I received this book through Net Galley and the Publisher Zondervan, and was not required to give a positive review.
at July 16, 2016