Four Chambers: Power of the Matchmaker by Julie Wright 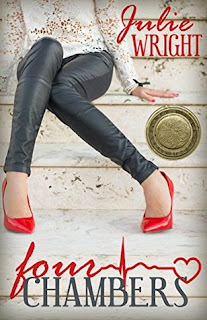 Every time Andra Stone crosses paths with Everett Covington, trouble follows. First she loses her scholarship, then she loses the apartment she’d wanted more than anything. But tragedy hits hardest when she loses her grandmother—the best friend Andra has ever known. She determines that Everett is a talisman of ill fortune. When Everett comes to work in her hospital and is applying for the same position she’d been working toward since residency, Andra believes him to be her personal poltergeist.

The human heart has four chambers—four chances to get it right. Andra has only one chance left. 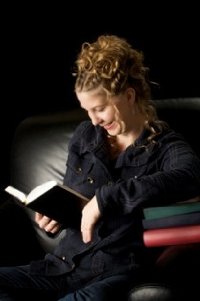 Julie Wright (1972-still breathing) was born in Salt Lake City, Utah. She’s lived in LA, Boston, and the literal middle of nowhere (don’t ask). She wrote her first book when she was fifteen, and has since written nineteen novels–ten of which are traditionally published. Julie was nominated for the Whitney award for her novel Eyes Like Mine and won the Whitney award for best romance in 2010 with her novel Cross My Heart. She has been awarded the Crown Heart award for The Fortune Café. She is agented by Sara Crowe at Harvey Klinger Inc.

Miss Pearl makes her appearance in this book a little later into the story, yes I was awaiting her appearance, but she is here and doing her magic, or was she?
Andra Stone is a girl with a mission; she wants to become a heart surgeon, just like her father, but without her families support. Her life is studying, she places learning above anything, she has no time to socialize or date. As the story opens we find that she has let her guard down, but being cheated on and acting out about it, will have devastating consequences for her. The only good thing to come out of her actions is finding Everett, Everest without the “S”, and a roller coaster relationship that lasts years.
We find Everett has the same goals as our Andra, or Andrea without and “E”, but we also see him letting her down. Both seem to come from dysfunctional families, but each also has members that you are going to love.
Another good addition to the Power of the Matchmaker series!
I received this book through Inspired Kathy, and was not required to give a positive review.