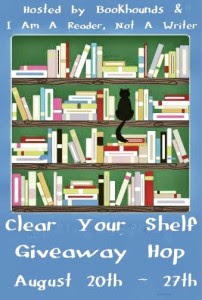 
I am cleaning out my books and I have up for grabs a copy of Dan Simmons The Terror. All you need to do is leave a comment with your contact information. Good luck!! 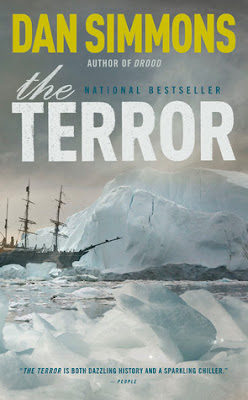 The men on board The HMS Terror - part of the ill-fated 1845 Franklin Expedition - are entering a second summer in the Arctic Circle without a thaw, stranded in a nightmarish landscape of ice and desolation. Endlessly cold, they struggle to survive with poisonous rations and a dwindling coal supply. But their real enemy is even more terrifying. There is something out there in the frigid darkness: an unseen predator stalking their ship, a monstrous terror clawing to get in.

Starred Review. Hugo-winner Simmons (Olympos) brings the horrific trials and tribulations of arctic exploration vividly to life in this beautifully written historical, which injects a note of supernatural horror into the 1840s Franklin expedition and its doomed search for the Northwest Passage. Sir John Franklin, the leader of the expedition and captain of the Erebus, is an aging fool. Francis Crozier, his second in command and captain of the Terror, is a competent sailor, but embittered after years of seeing lesser men with better connections given preferment over him. With their two ships quickly trapped in pack ice, their voyage is a disaster from start to finish. Some men perish from disease, others from the cold, still others from botulism traced to tinned food purchased from the lowest bidder. Madness, mutiny and cannibalism follow. And then there's the monstrous creature from the ice, the thing like a polar bear but many times larger, possessed of a dark and vicious intelligence. This complex tale should find many devoted readers and add significantly to Simmons's already considerable reputation. (Jan.)
Copyright © Reed Business Information, a division of Reed Elsevier Inc. All rights reserved. <!-- end LinkyTools script –>
at August 18, 2015