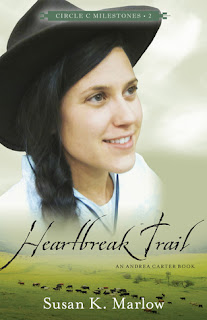 The second in the Circle C Milestones series
Andrea Carter can ride, rope, and cut out cattle with the best of her brothers’ ranch hands. Yet, her mother has always held the family’s youngest daughter back from fully participating in ranch activities.
With the approach of her fifteenth birthday, even the ranch boss, big brother Chad, can’t deny that his baby sister is better at ranch skills than some of his cowhands. When Andi announces that her quinceañera birthday wish is to join the upcoming cattle drive, her family is stunned. But after further discussion and multiple newspaper clippings about spirited women who balked at society’s expectations, even Mother agrees that the only way to get this cattle-drive notion out of Andi’s head is by letting her and her cousin Levi go along as Cook’s helpers. Andi is elated. What can go wrong on a two-week drive to Los Angeles?
Andi quickly discovers that a cattle drive is a dirty, dangerous business with little sleep and the same food day after day. Between late nights, dust, mosquitos, and an abrasive cowhand trying to win Andi’s attention, it is definitely not a holiday. Andi grimly determines she will stick it out. When a river crossing goes wrong and Chad is shot in a gunfight with suspicious men who have been shadowing the herd, Mitch the trail boss finds himself dangerously shorthanded. Andi and Levi can no longer just give Cook a hand. It’s time to pitch in and help Mitch get their cattle to market―any way they can. 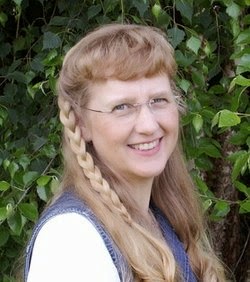 Susan K Marlowstarted writing stories when she was ten years old. I never planned on becoming a published author. I just liked writing stories. But eventually others found out about my secret "writing" and encouraged me to submit.

I love to teach. I taught in Christian schools before I home schooled. After twenty years, I finished home schooling but find myself "back in the saddle" as I help other home schooling families, including my grandchildren.

You can find FREE stuff to go along with the books at www.circlecadventures.com. Study guides, coloring pages, on-line puzzles, and a link to Andi's Blog.

Andrea Carter is growing up in the second book in the Circle C Milestone series, she is about to turn 15, and her mother wants her to have her quinceañera, a Spanish right of age, and a big party for her. Her mother lets her decide what kind of a party she wants, and being a tomboy she decides she wants to go on the trail to deliver the cattle to Los Angeles.
You can imagine how her mother feels; she had helped drive cattle in her youth and knows how much hard work is involved. Andi has a romantic idea of how it will be on the trail, and when her wish is granted, we soon see reality set in.
Come along on the trail with Andi and Levi, her twelve-year-old nephew, and experience with them the ups and downs. There are a few chuckles, some deep sadness, and a lot of hard work ahead.
A wonderful read for a young teen, full of action and adventure, they won’t be able to put the book down.
I received this book through Kregel Publications Blogger Tour, and was not required to give a positive review.